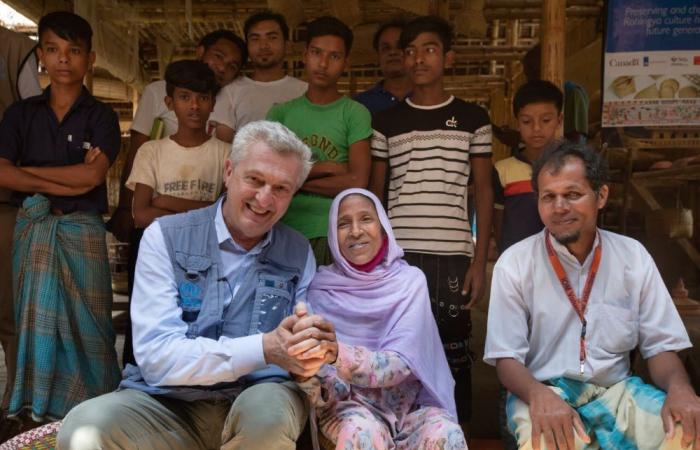 Political and economic volatility has deepened in the South Asian nation ahead of a likely announcement by the International Monetary Fund (IMF) later in the day on whether it will resume a $6 billion rescue package.

With foreign reserves falling to $10.3 billion — lower than two months of imports — a fast-crashing rupee and a double-digit inflation, the political turmoil has compounded unrest in the country.

Khan has urged his supporters to march on the capital and stay there until the new government is dissolved and a date for a fresh election is announced.

He was ousted in a confidence vote by a united opposition after he lost his partners in his coalition government last month.

“We are getting reports that the police have baton-charged and fired teargas shells to break the protesters,” Amjad Malik, an interior ministry official, told Reuters.

He said no one was seriously injured in the clashes, which were reported mostly in Punjab province, and that the police had also rounded up dozens of the activists.

Live local TV footage showed police fighting with the supporters, beating them and in some places breaking their vehicles’ windscreens and bundling them into police vans.

Islamabad’s entry and exit routes have been blocked, as well as all important sites, including parliament, government offices and diplomatic missions, officials said. Entry and exit points were also blocked to and from all major cities in Punjab province and on the Grand Trunk (GT) Road, they said.

Heavy contingents of police and paramilitary troops have been deployed since Tuesday evening.

Khan is leading a rally that started in the northwestern city of Peshawar and was due to reach the capital via the GT road.

“No one can stop us,” Khan said from atop a truck on the GT road on his way to Islamabad.

“We will remain in Islamabad till announcement of dates for dissolution of assemblies & elections are given,” he said later in a tweet, rejecting local media reports that a deal had been struck with the government to call off the march after holding a public meeting in the evening.

The government has banned Khan’s march, alleging that he is bringing the protesters to Islamabad with “evil design.”

“You’ve handed over a sinking economy to us, and now you’re planning sit-ins and protest,” Prime Minister Shehbaz Sharif said on Wednesday at a ceremony in Islamabad. “We are trying to energize this weak economy.”

Khan’s party has petitioned the Supreme Court to order the government to lift the restrictions.

These were the details of the news UNHCR chief asks world not to forget Rohingya refugee crisis in Bangladesh for this day. We hope that we have succeeded by giving you the full details and information. To follow all our news, you can subscribe to the alerts system or to one of our different systems to provide you with all that is new.