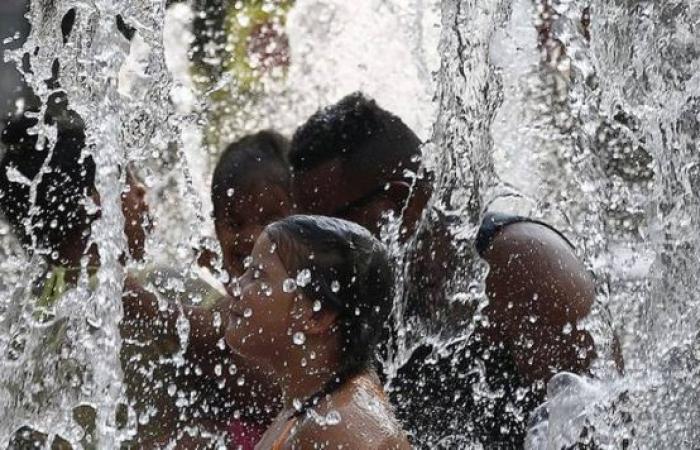 Hind Al Soulia - Riyadh - MADRID — Parts of Spain are experiencing their hottest May ever with temperatures of more than 40C in some places, according to the state weather agency, AEMET.

The agency issued heat warnings in 10 regions for Saturday, saying it could be "one of the most intense" heatwaves in years.

The city of Jaén in southern Spain recorded its highest ever May temperature of 40C on Friday.

Spain's unseasonably warm spring weather is a result of hot air coming from North Africa, causing temperatures to rise by up to 15C above average for this time of year.

The worst-hit regions are Andalusia in the south, Extremadura in the south-east, Madrid and Castilla La Mancha in the center and Aragon in the north-east.

Spain's Health Ministry urged residents to drink plenty of water and to stay in cool places when possible. It also advised people to reduce physical activity.

"This year it seems to have gone directly to summer, but we have to keep going," Madrid road sweeper Rocio Vazquez, 58, told Reuters news agency.

Tourists were also feeling the heat. "I was expecting a little bit cooler, fresher weather," Eric Solis, 32, told Agence France-Presse during a trip to Madrid from the US. It is "not too convenient for tourists", he added.

Overnight temperatures have also been unusually high, remaining above 25C in several areas on Friday night. In Jaén, the minimum temperature of 25.9C was the highest ever recorded in mainland Spain.

Scientists say that heatwaves are likely to become more frequent and more intense around the world, as global temperatures rise. Their impact is also likely to be more widespread. — BBC

These were the details of the news Spain heatwave brings record May temperatures for this day. We hope that we have succeeded by giving you the full details and information. To follow all our news, you can subscribe to the alerts system or to one of our different systems to provide you with all that is new.