SYDNEY, May 18 — Australia’s national election has become too close to call, polls out today showed, as the ruling conservative coalition narrowed the gap with the main opposition Labour Party, three days before the country decides on a new government.

Prime Minister Scott Morrison described the pre-polling trends as “really encouraging”, while Labour acknowledged the election would be “incredibly close”.

With Australia going to the polls on Saturday, rising living costs have dominated the final stretches of the campaign with voters rating it as the most critical issue in some polls.

Australian wage growth ticked up by only a fraction last quarter, data out today showed, even as a tightening labour market and record vacancies heightened competition for workers.

But consumer price inflation has risen twice as fast as wages, keeping real income in the red.

“I have been very candid with Australians about the economic challenges we’re facing ... Labour has no magic bullet on this, they have no magic pen or magic wand,” Morrison told reporters from the marginal Labour-held seat of Corangamite in Victoria.

“Australian workers are paying the price for a decade of bad policy and economic failures while Scott Morrison says he should be rewarded with another three years because he is just getting started,” Albanese said.

Nearly 6 million voters out of an electorate of 17 million have already cast their ballots through postal votes or early in-person voting, official data showed.

An additional 1.1 million postal votes have been received so far versus the 2019 election. The Electoral Commission has flagged a clear winner may not emerge on election night if it is a close contest due to time required to count all postal votes. — Reuters

These were the details of the news Australian election polls show race tightening in final campaign stretch for this day. We hope that we have succeeded by giving you the full details and information. To follow all our news, you can subscribe to the alerts system or to one of our different systems to provide you with all that is new. 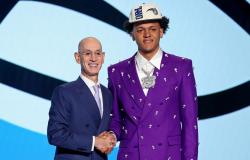