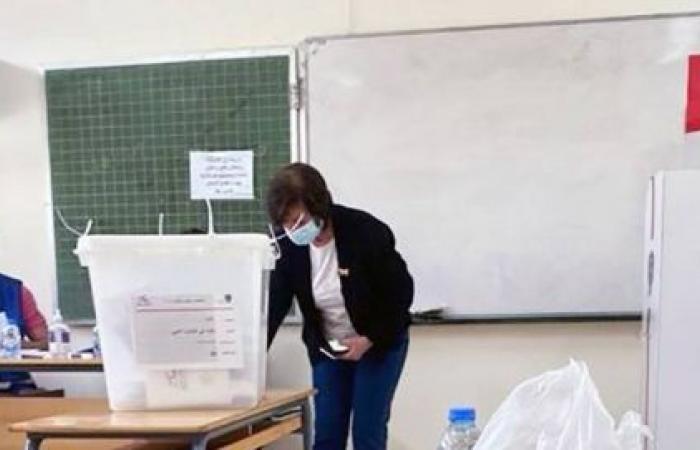 Hind Al Soulia - Riyadh - NEW YORK — The UN Secretary-General has called for Lebanon’s political leaders to swiftly form an inclusive government in the wake of parliamentary elections on Sunday, that can help the crisis-wracked nation implement reforms to put the country “on the path to recovery”.

Secretary-General António Guterres congratulated the Lebanese people on the passage of the vote, the first elections since the devastating explosions in Beirut’s port area in 2020, which killed more than 200, and exacerbated an economic crisis which has led to shortages of food, fuel and basic medicines.

“Despite the challenging circumstances, the authorities demonstrated their commitment to adhere to the Constitution and honor Lebanon’s democratic traditions”, said the statement issued by the UN chief’s spokesperson.

“The Secretary-General looks forward to the swift formation of an inclusive government that can finalize the agreement with the International Monetary Fund and accelerate the implementation of reforms necessary to set Lebanon on the path to recovery.”

Lebanon’s political crisis worsened in 2019 with the eruption of mass street protests against the entire political class, who demonstrators accused of widespread corruption and ineffective leadership. The investigation into the 2020 explosions has repeatedly stalled.

In Sunday’s vote, the Hezbollah movement and its allies narrowly lost their majority in Parliament, while the reformist Lebanese Forces party, won 13 seats, leaving no bloc in overall control.

Guterres said that he was counting on the new Parliament “to urgently adopt all legislation necessary to stabilize the economy and improve governance.

“In this regard, he calls on Lebanon’s political leaders to work jointly with the best interest of Lebanon and the Lebanese people in mind. The Secretary-General continues to encourage measures to enhance women’s political participation and representation, including in the next government.”

The UN Special Coordinator for Lebanon, issued a statement on Tuesday pledging the continued support of the organization for the country’s “sovereignty, stability, and political independence in accordance with relevant Security Council resolutions”.

Joanna Wronecka said she was pleased that the successful, democratic vote had occurred within the constitutional timeline:

“It was important for the Lebanese people to have a say in choosing the political leadership they believe can tackle the country’s challenges. The elections were a vital expression of Lebanon’s citizen engagement, which should serve to strengthen the country’s institutions,” she added.

She also welcomed the role played by European Union, other international and local observers in the elections process, and noted the preliminary statement of the EU Election Observation Mission Lebanon.

Elections must be ‘a starting point’

Underlining that the elections are “not an end but rather a starting point”, the Special Coordinator urged Lebanon’s political leaders to put the country’s interests first and “engage constructively” to make sure there will be “no vacuum nor paralysis in much-needed institutional decision-making, in particular through the swift formation of a reform-oriented government.”

She stressed the need to include women at all stages of the democratic governing process: “I note that eight women have been elected to the new Parliament. I hope this can be built upon to improve women’s representation in all future national decision-making.” She also underlined the need for youth participation and involvement. — UN News

These were the details of the news Guterres calls for ‘swift formation’ of inclusive Lebanese government for this day. We hope that we have succeeded by giving you the full details and information. To follow all our news, you can subscribe to the alerts system or to one of our different systems to provide you with all that is new.