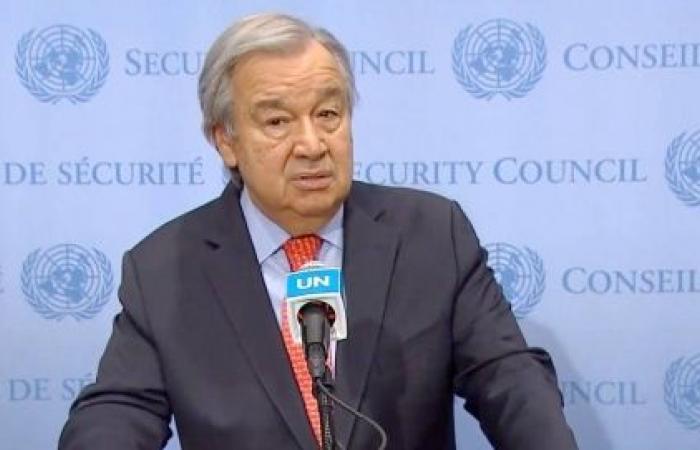 Hind Al Soulia - Riyadh - NEW YORK — UN Secretary-General António Guterres on Sunday appealed for greater harmony one day after 10 people were killed and three wounded in a racist attack at a supermarket in Buffalo, New York.

The suspect, 18-year-old Payton S. Gendron, who is white, live-streamed the attack, which was carried out at a Tops supermarket in a predominantly black area of the city, located in the northeastern United States.

Most of the victims were African American.

Guterres was appalled by this “vile act of racist violent extremism”, UN Deputy Spokesperson Farhan Haq said in a statement.

“The Secretary-General condemns in the strongest terms racism in all its forms and discrimination based on race, religion, belief or national origin. We must all work together towards building more peaceful and inclusive societies,” he said.

The UN chief extended his deepest condolences to the families and loved ones of the victims and hoped that justice will be served swiftly.

The gunman was arrested following a stand-off with the police.

The incident marked the deadliest mass shooting in the United States this year.

It follows other recent racist massacres, including the June 2015 murder of nine African Americans at a church in Charleston, South Carolina, and the October 2018 attack on the Tree of Life Synagogue in Pittsburgh, Pennsylvania, in which 11 people were killed and six wounded. — UN News

These were the details of the news Guterres condemns ‘vile act of racist violent extremism’ at US supermarket for this day. We hope that we have succeeded by giving you the full details and information. To follow all our news, you can subscribe to the alerts system or to one of our different systems to provide you with all that is new.