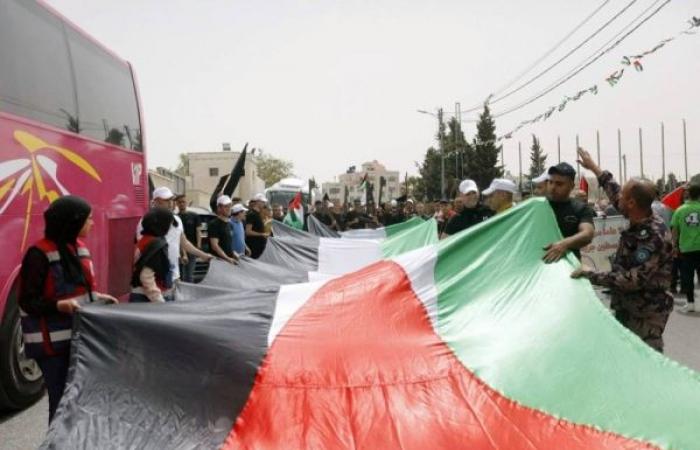 Hind Al Soulia - Riyadh - CAIRO — The Arab League on Sunday reiterated the need to ensure maximum protection of the Palestinians some 74 years after ‘Nakba Day,’ the term Palestinians use to reference the catastrophe surrounding the creation of Israel in 1948.

The United Nations Security Council has a "moral and legal" obligation to adhere to international laws and conventions, the Cairo-based bloc said in a statement, urging concrete and tangible steps towards ending Israel's "stark violation" of said laws.

More than seven decades since "Nakba Day," the Palestinians continue to be the victims of barbarity and criminality, the statement highlighted, admiring the perseverance of Palestinians and their determination to bring statehood aspirations to fruition.

The Palestinians mark "Nakba Day" on May 15 of each year, painfully commemorating the events that led to the destruction of Palestinian homes and lands, which caused the formation of modern-day Israel.

In Ramallah, 16 Palestinians were injured in clashes with Israeli occupying forces at the northern entrance of Al-Bireha city in the West Bank on Sunday.

The Palestinian Red Crescent Society said in a press statement that it had medically treated 16 Palestinians injured in clashes, including seven hit by bullets, five by rubber bullets and four suffocated by tear gas.

The clashes took place as thousands of Palestinians took to the street marking the 74th anniversary of the Palestinian Nakba (Catastrophe).

In another development, it was revealed in her final report before being killed by Israeli forces, Abu Aqla visited Al Ruwwayyes, one of more than 500 villages from which Palestinians were expelled in 1948.

Among them was Abu Ibrahim, who was 11 years old the day their mosque was blown up and his family had to flee. Palestinians “still yearn to return to their homes,” Abu Aqla said in the report. “This is the life of refugees.”

Hundreds of Palestinians in the Gaza Strip marked Nakba Day by paying tribute to Abu Aqla. In a march that extended from Gaza City’s Al-Katibah Square to the UN headquarters, Palestinian demonstrators held up posters of Abu Aqla.

“Shireen, for whom the church bells rang and the hands of Muslims raised in prayer, is the one who united the Palestinian spectrum in all its colors,” said Heba Akila, Al Jazeera’s correspondent.

The march began with a eulogy for Abu Aqla, and focused on her humanity and professionalism when it came to depicting Palestinian life under Israeli occupation. — Agencies

These were the details of the news Arab League stresses protection of Palestinians on ‘Nakba’ anniversary for this day. We hope that we have succeeded by giving you the full details and information. To follow all our news, you can subscribe to the alerts system or to one of our different systems to provide you with all that is new.