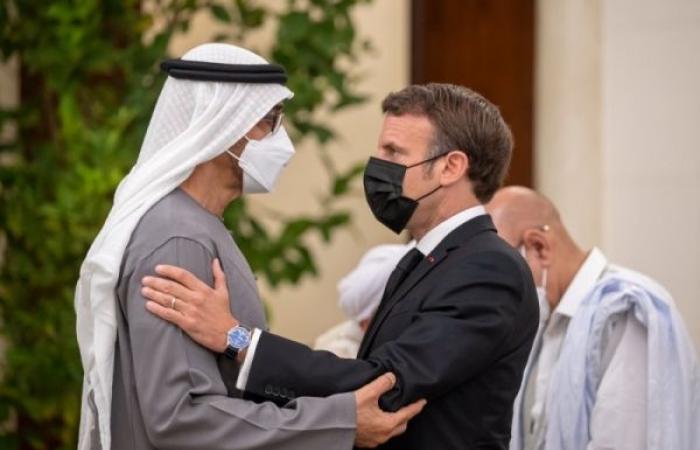 Hind Al Soulia - Riyadh - ABU DHABI — Leaders and heads of state from all around the world continue arriving in Abu Dhabi for the second day on Sunday to pay their respects following the death of Sheikh Khalifa Bin Zayed and on the occasion of the election of Sheikh Mohammed Bin Zayed as the new president of the Gulf nation. More leaders would come on Monday, the third day of state mourning.

In a message in French and Arabic, Macron said Sheikh Khalifa was "respected by all for the values ​​of peace, openness and dialogue that he embodied". "My support to his brother, newly elected President of the United Arab Emirates, as well as to the people of the Emirates." Macron, who was last month re-elected by the French people for a second five-year term, spoke of strong political, business and friendship ties during an extended meeting

On Monday, United States Vice President Kamala Harris will arrive in Abu Dhabi with a delegation of officials. She is due to meet Sheikh Mohammed and seeks ways to "deepen our ties in the coming months and years", her press secretary said.

Harris will travel with US Secretary of State Antony Blinken, who ahead of the trip said he would look to "build on the extraordinary partnership between the United States and the United Arab Emirates".

These were the details of the news UAE President receives foreign leaders for the second day for this day. We hope that we have succeeded by giving you the full details and information. To follow all our news, you can subscribe to the alerts system or to one of our different systems to provide you with all that is new.