Qatar Emir in Tehran for talks on ties 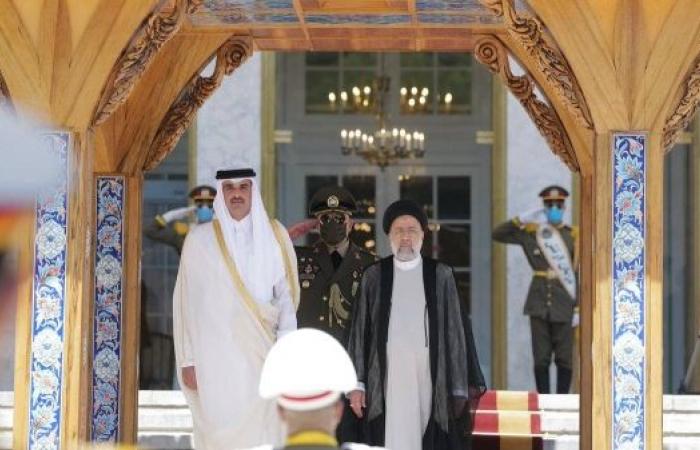 Hind Al Soulia - Riyadh - TEHRAN — Emir of Qatar Sheikh Tamim bin Hamad Al Thani arrived in Iran's capital Tehran on Thursday for talks on a host of issues including the enhancement of bilateral ties, according to IRNA news agency.

Upon arrival at Tehran airport, the Qatari emir described the bilateral ties as historic and strong. He noted that Qatari officials will identify the grounds for cooperation and lay the necessary groundwork to achieve a desirable level of economic relations between the two neighbors.

He announced the facilitation of visa process for the Iranians interested in attending the 2022 Qatar World Cup.

Highlighting the role of Iran-Qatar relations in establishing peace and stability in the region, he emphasized holding a joint commission for cooperation and expansion of banking and trade relations between Tehran and Doha, which could facilitate the relationship between businesspeople and investors of both countries.

These were the details of the news Qatar Emir in Tehran for talks on ties for this day. We hope that we have succeeded by giving you the full details and information. To follow all our news, you can subscribe to the alerts system or to one of our different systems to provide you with all that is new.