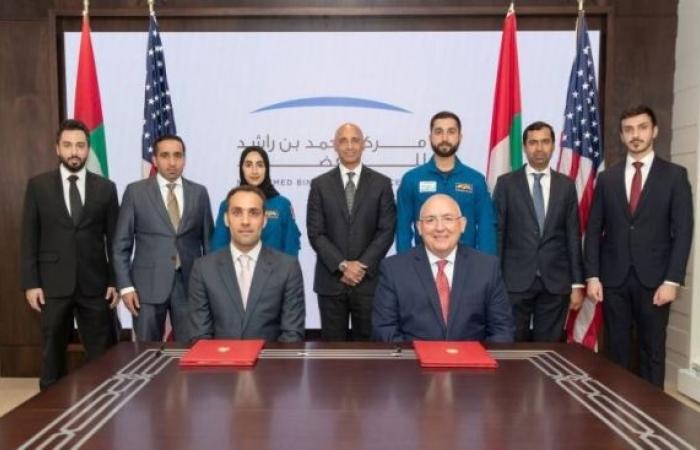 Hind Al Soulia - Riyadh - Dubai — The United Arab Emirates has announced the launch of a new space mission to the International Space Station that will last for six months.

Shaikh Mohammed bin Rashid Al Maktoum, Vice President, Prime Minister and Ruler of Dubai, said: "We launched the " UAE Astronaut programme" more than five years ago. The UAE sent the first Arab astronaut on a historic trip to the International Space Station... Today we announce a new cooperation between the UAE and the United States of America to send an Emirati astronaut on the first long-term mission aboard the International Space Station".

He added: "Signing the agreement to send the first Arab astronaut in a long-term mission of 180 days to the International Space Station is new milestone for the UAE space sector. The UAE will be among 11 countries in the world that carried out long-term space missions."

The deal will further strengthen collaboration between the MBRSC and the American space agency NASA, as the two entities will collaborate extensively over the duration of the 6-month mission. MBRSC currently has four Astronauts training at NASA’s Johnson Space Centre in Houston, this training will prepare them for long duration human spaceflight.

The agreement between MBRSC and Axiom Space was signed at the Embassy of the United Arab Emirates in Washington, and Yousef Al Otaiba, UAE Ambassador to the United States, Hamad Obaid Al Mansoori, Chairman, MBRSC, and Yousuf Hamad AlShaibani, Deputy Chairman, MBRSC, along with astronauts Nora AlMatrooshi and Mohammed Al Mulla all attended the signing ceremony.

The agreement was signed by both parties: Salem Al-Marri, Director General of the Centre, on behalf of the Centre, and Michael Suffredini, President and CEO of Axiom Space. — WAM

These were the details of the news UAE announces six-month space mission for this day. We hope that we have succeeded by giving you the full details and information. To follow all our news, you can subscribe to the alerts system or to one of our different systems to provide you with all that is new.