Ramadan in Ukraine.. Exceptional fatwas and fasting under the yoke of... 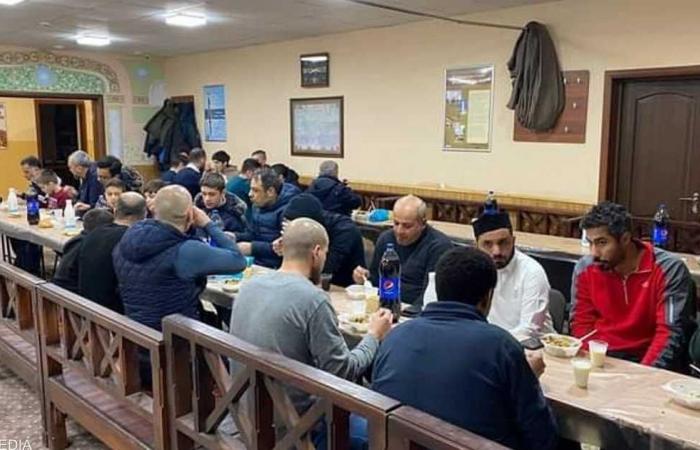 According to Siran Arifov, President of Ukrainian Muslim CouncilFor “Sky News Arabia”, 90 percent of the country’s Muslims have left their homes because they are concentrated in the most volatile areas, in which the fighting fronts are taking place, i.e. in the north, east and south Ukraine.

As a result of the war’s circumstances, some customs changed and fatwas appeared to facilitate the performance of worship during Ramadan. For example, the Ukrainian Council for Fatwa and Research announced that Tarawih prayers It is performed at home due to the imposition of the state of emergency and the curfew in the evening.

Siran Arifov says that mosques have become almost empty due to the bombing of cities on the one hand Russian forcespointing out that despite the difficult circumstances, the country’s Muslims insist on performing the duty of fasting.

The Council of Muslims of Ukraine is organizing a fasting breakfast project throughout Ramadan, and it will focus its efforts on supporting displaced families, according to Arifov, calling on Islamic institutions to provide assistance to these families, by breaking the fast and doing charity.

Islam is the second religion in Ukraine, the number of Muslims approaches one million, and the Tatars are the largest Muslim ethnic group there, and were officially recognized as an indigenous group in 2014.

next to the Tatars (Crimean Tatars Tatars in Golgia and Kazan Tatars), the country’s Muslims belong to Arab, Turkish and Caucasian nationalities. They live in the southern and eastern regions in major cities such as Kyiv, the capital, and the city of Kharkiv The second largest city, the most exposed to bombing and war.

Kherson is the worst affected

A member of the Council of Muslims of Ukraine, Hamza Issa, says that “the Muslims of Kherson city are the most affected by the city’s acquiescence at the present time to the control of the Russian forces, but we do not leave them alone, but rather we send aid and halal meat to them for distribution, as most of those who remain in the city are the elderly who They couldn’t get out.”

Issa adds, to “Sky News Arabia”, that two mosques were hit in the Russian bombing, and some buildings for places of worship were destroyed, but mosques in western Ukraine and in the capital were reopened, and worshipers returned to them.

The involvement of Ukrainian Muslims in the war “symbolic” was reflected in the choice of the country’s Mufti, Said Ismailov, who removed his turban and put on his war uniform, and joined the “regional defense” forces, to be trained to take up arms against Russia.

The Mufti stressed that “the Russian war against Ukraine will kill us and our people, as well as our state and our freedom,” noting that Russian President Vladimir Putin’s forces “kill civilians, women and children and destroy homes,” according to him.

Ismailov called on Muslims from all over the world to support his country by all means, before turning at a later time to all Muslims, wishing them not to take part in the fighting on the side of Moscow.

For his part, Ukrainian President Volodymyr Zelensky congratulated the Muslims of Ukraine on the occasion of Ramadan.

In his speech, he said that this month is marked by sincerity in performing prayers and supplications, tolerance and good deeds, adding: “But in Ukraine during this month another virtue is added, which is devotion to the Ukrainian people and comrades in arms in battles for Ukraine’s freedom in our war for independence.”

These were the details of the news Ramadan in Ukraine.. Exceptional fatwas and fasting under the yoke of... for this day. We hope that we have succeeded by giving you the full details and information. To follow all our news, you can subscribe to the alerts system or to one of our different systems to provide you with all that is new.