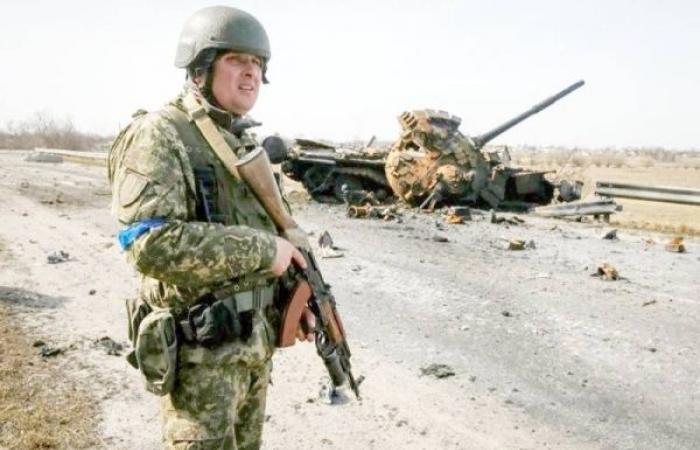 Hind Al Soulia - Riyadh - WASHINGTON — US President Joe Biden said on Monday that Russia had committed a "war crime" in the Ukrainian city of Bucha, as media reports said that many bodies had been found on the streets in the city after the withdrawal of Russian forces.

"You may remember I got criticized for calling Putin a war criminal. Well the truth of the matter is you saw what happened in Bucha. This warrants him - he is a war criminal," Biden told reporters.

The US President added that his administration is seeking to impose more sanctions on Russia, and will announce them soon.

Images released this weekend show civilian bodies strewn across a street following the withdrawal of Russian forces, and CNN reporters observed a mass grave in the town, with residents saying they believe at least 150 people are buried there.

The scenes out of the Kyiv suburb of Bucha have drawn international outrage, with Western leaders calling for war crimes investigations and fresh sanctions against Russia.

US Secretary of State Antony Blinken said Sunday that the State Department would help document any attacks by Russian troops against Ukrainian civilians. NATO Secretary General Jens Stoltenberg called the deaths of civilians in Bucha a "brutality" and said "I strongly welcome" an investigation by International Criminal Court, which has opened an investigation into war crimes in Ukraine.

The seizure was coordinated through the Justice Department's Task Force KleptoCapture, an interagency law enforcement task force dedicated to enforcing the sweeping sanctions, export restrictions, and economic countermeasures that the US has imposed, along with its allies and partners, in response to Russia's unprovoked military operation in Ukraine. — Agencies

These were the details of the news Biden says Russia committed ‘war crime’ in Bucha for this day. We hope that we have succeeded by giving you the full details and information. To follow all our news, you can subscribe to the alerts system or to one of our different systems to provide you with all that is new.