UK academic says he was deported from India without any reason 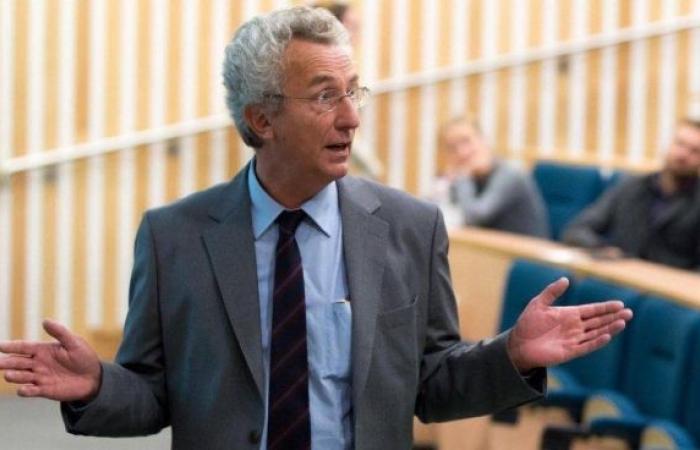 Hind Al Soulia - Riyadh - THIRUVANANTHAPURAM, India — In the early hours of 24 March, Filippo Osella flew into India's southern city of Trivandrum from London on a routine research trip to India.

Professor Osella, an anthropologist at the University of Sussex, had been visiting India on work for more than 30 years.

The South Asian specialist had spent much of that time in the state of Kerala, of which Trivandrum is the capital. This time Professor Osella was to mainly attend a two-day meeting on the seafaring communities of the state. He and local meteorological scientists had been developing early warning weather forecasts to secure the lives of millions of fishermen.

But this time a rude shock awaited him.

Minutes after the plane landed, the 65-year-old was whisked away to immigration. There, officials took his photograph and fingerprints and told him that he would be deported back to the UK immediately — a highly unusual fate for a respected academic whose research is partly funded by the UK government.

What's even more surprising is that Professor Osella doesn't know why he was deported.

"My mouth dropped. When I asked why I am being deported they said, it's a government order, we cannot discuss and we will not talk to you. That was it," Professor Osella told me in a Zoom interview from his home in Brighton.

Within half an hour he was on a plane to Dubai. He spent the next 36 hours in different airports and planes before reaching London. When he switched on his phone, he found that news of his expulsion had gone viral in India and some 400 emails and messages of support had poured in.

During a two-hour wait for a bus at Heathrow to take him home, Professor Osella wrote a 1,843-word account of the incident and what he felt about it.

He recounted that the "remarkably rude and unprofessional" immigration officials had not allowed him to get in touch with friends in India "who could have sought explanations or vouched for my academic status". When he asked for his bags to access his blood pressure medication, officials told him he would be "restrained by security" if he "didn't shut up".

For someone who has made countless trips to India since 1985, Professor Osella does not have the faintest idea why he was deported. He has a one-year-multiple entry research visa which was to expire four days after his planned departure from India on 7 April.

India hands out research visas to students and teachers after vetting their proposed work and examining whether they are fully compliant with the government's regulations and policies. "What is the point of approving and issuing research visas if the latter can be revoked at the drop of a hat and without explanations?" Professor Osella wondered.

A senior Indian government official, who wished to remain unnamed, told the BBC that there were cases of "misuse of visas issued to Professor Osella during his previous visits". When I asked him what was the nature of such "misuse", he said: "That wasn't specified. Misuse usually means you have carried out some activity which did not fall under the purview of the visa that has been given to the traveller".

This is not the first time a foreign writer or academic has been deported or refused a visa to India. In 2018, Kathyrn Hummel, an Australian writer and poet who arrived in India on a multiple-entry tourist visa was deported from Bangalore. The same year writer Annie Zaman, a Pakistani academic, was refused a visa for a university conference near Delhi.

But Kerala has been a second home for the Turin-born Professor Osella. In the mid-80s, he spent two-and-half years doing field work for doctoral research on the social mobility of the Ezhavas, the biggest Hindu community in the state.

He also learned Malayalam, the local language. Professor Osella reckons he must have lived in the state for close to eight years on different research trips.

He has written a book on masculinity in the state. He has studied the consequences of migration — mainly to the Gulf countries — on local communities, Muslim entrepreneurs and Islamic reform movements. He followed the journey of Indian traders who travelled to China to export cheap goods home. He has even written about local superstar Mammooty and his film fan clubs.

"As you can see, I am a jack of all trades," Professor Osella said.

In his ongoing research, he was helping produce weather forecasts for fishermen in local coastal dialects.

The broadcasts will be available online via apps and internet radio. The rough sea and increasingly unpredictable weather make fishing a dangerous occupation in Kerala — one fisherman died every six days because of accidents at sea between 2015 and 2021, according to insurance claims data.

Professor Osella has traveled to Pakistan twice, working as a mentor in British Council and UN-run programs with Pakistani universities. This, he speculates, could have "possibly been the reason of this controversy" — India and Pakistan, two nuclear-armed neighbors, are arch rivals.

While exiting India on his last few trips, he said, immigration officials questioned him insistently about the Pakistani visas in his passport.

"They would ask: Why did you go to Pakistan? I would say I am doing research. What was the research about? Most of the time it finished well. Last October when I went back there were the same insistent questions and the officials wanted to photocopy my passport. I asked them why didn't you ask these questions when I came in?".

The government official told the BBC he had not heard of "anything related to Pakistani visas" in relation to the professor's deportation.

Professor Osella says: "All this has been pretty bizarre. But I cannot say how touched I have been with the support and solidarity I have received from colleagues and friends in India. Without their love and encouragement, I would not have had the strength to respond.

"I hope this is not my last visit to Kerala." — BBC

These were the details of the news UK academic says he was deported from India without any reason for this day. We hope that we have succeeded by giving you the full details and information. To follow all our news, you can subscribe to the alerts system or to one of our different systems to provide you with all that is new.