Live .. the match between Egypt and Cameroon in the African... 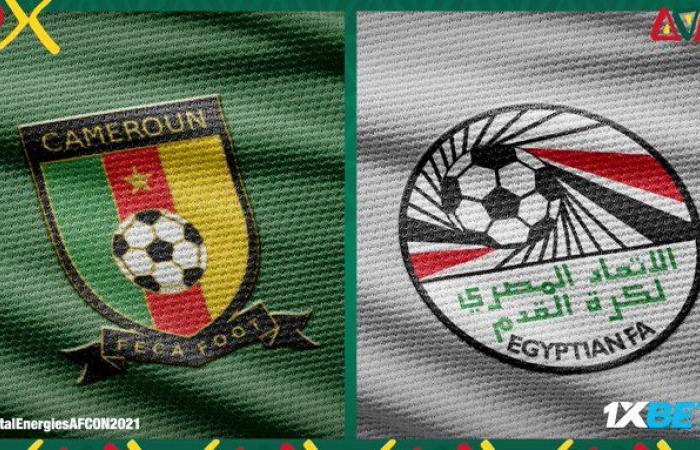 Today, Thursday, the teams of Egypt and Cameroon will meet in the semi-finals of the African Nations Cup at 11 pm UAE time, in a difficult match for the two teams, especially after the statements made by the two sides in the past two days, and the Egyptian team is looking to reach the final in search of the eighth title in Its history, while Cameroon is looking for the sixth title and is the closest competitor to the Egyptian team historically after winning the title 5 previous times, and the winning team will meet Senegal in the final of the African Championship.

And the balance tilted in favor of the Egyptian team in the history of the two teams’ confrontations, as it had previously met in 27 matches in all tournaments, the “Pharaohs” team won 15 times, compared to 6 losses and 6 draws, while the two teams met 13 times in the scope of the African Nations Cup, and the team excelled “Pharaohs” in 7 confrontations.

Today, the Egyptian team will appear number 16 in the semi-finals of the tournament, which is the most in history after overtaking Nigeria, but at the same time, Cameroon had achieved its last title against the Pharaohs in the 2017 championship.

We bring you directly the most important activities of the match and the most prominent events, first hand:

The Olympic Stadium in Yaounde, which will host the match between the two teams

The first 10 minutes of the match witnessed a great shot from Mohamed Salah in the 8th minute, passing next to the post with a good appearance for the Egyptian team

The 18th minute witnessed the first real danger and a ball hit the crossbar from Cameroon from a header, taking advantage of a corner kick

30 minutes into the match, and the Egyptian team is far from the level it showed against Morocco in the last match, with an advantage for Cameroon

32 dangerous balls and an explicit one for the Cameroon striker, but he hit the ball in the hands of goalkeeper Mohamed Abu Jabal

The end of the first half was a goalless draw between the two teams, with an advantage for the Cameroon team, which reached the goal of the Egyptian team on more than one occasion

These were the details of the news Live .. the match between Egypt and Cameroon in the African... for this day. We hope that we have succeeded by giving you the full details and information. To follow all our news, you can subscribe to the alerts system or to one of our different systems to provide you with all that is new.

PREV In Singapore, over 6,000 jobs available as Changi Airport speeds up hiring amid travel recovery
NEXT 25 persons emerge from shell-pounded steel complex in Mariupol