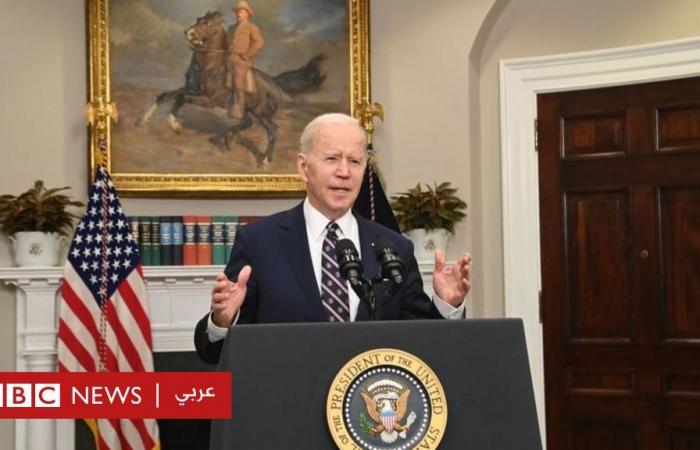 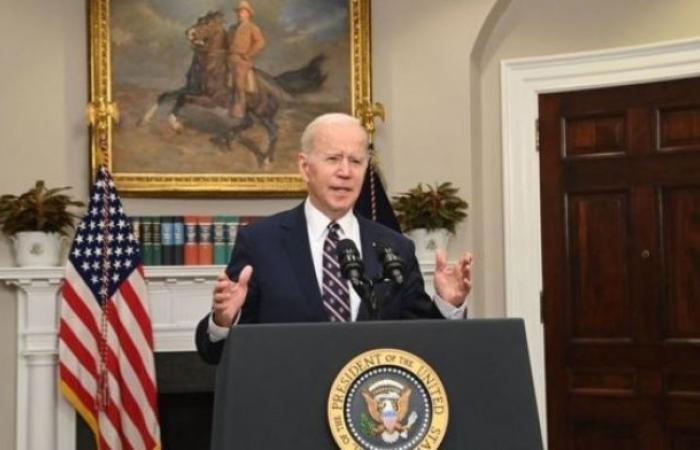 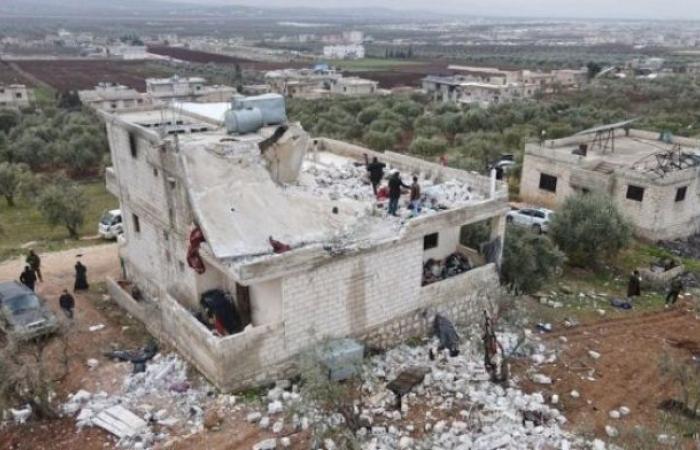 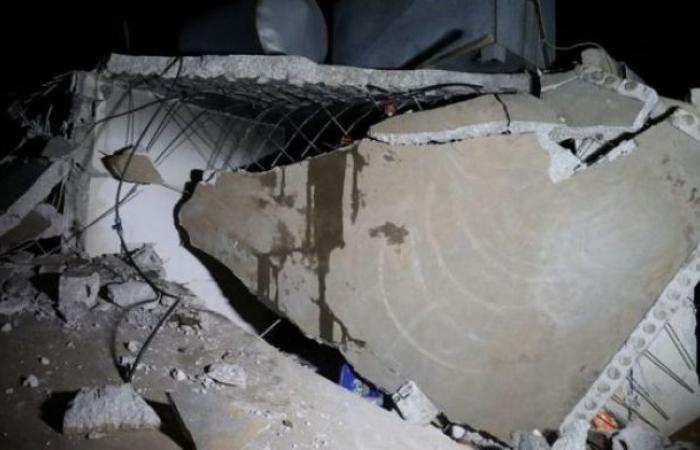 US President Joe Biden said at a press conference today, Thursday, that the killing of the leader of the Islamic State in a US raid on Syria “removed a significant terrorist threat.”

Biden said that Al-Qurashi “blew himself up”, which led to his death and the death of his family members, after US forces surrounded him during a military operation last night in northwest Syria.

“Thanks to the skill and courage of our armed forces, we have removed Abu Ibrahim al-Hashimi al-Qurashi, the leader of the Islamic State from the field. All of our men have returned safely from the operation,” Biden added.

Biden explained that the preparation for this process took months.

Biden said that al-Qurashi “oversaw operations around the world and was responsible for the brutal attack on a prison in northeastern Syria to free ISIS prisoners.”

Biden added that al-Qurashi was responsible for what happened in northern Iraq in 2014, when villages were destroyed and women and girls were raped and killed.

US officials said the “suicide bombing” was massive, with bodies dumped outside and around the building, and they blamed Islamic State for all the civilian casualties.

“All the victims in the house were the result of terrorist acts by ISIS militants inside the building,” a senior Biden administration official said, briefing reporters on the mission, but declined to provide an estimate of the number of civilian deaths.

A New York Times report stated that one of the helicopters malfunctioned due to technical problems, and that it was later crashed in a US air strike.

Local sources said that the US forces met fierce resistance on the ground, as the militants used vehicle-mounted anti-aircraft weapons.

Al-Qurashi is the second caliph of the so-called Islamic State, and he was pledged allegiance when Abu Bakr al-Baghdadi was killed.

The British-based Syrian Observatory for Human Rights announced that 13 people, including women and children, were killed during the airdrop operation carried out by US special forces.

The area is believed to be a haven for foreign jihadists linked to Al-Qaeda.

The observatory indicated that helicopters belonging to the US-led coalition carried out a landing near the Atma camps, in search of wanted jihadists. .

Residents of Atma said that a number of helicopters landed in the area around midnight on Wednesday (0022 GMT), before shelling and shooting were heard for two hours.

Eyewitnesses told Reuters that the raid ended with the helicopters leaving the site, but unidentified reconnaissance planes continued to fly in the area.

Tens of thousands of Syrians who have been displaced by the war live in this border area.

Activists on social media reported pictures of houses destroyed as a result of the American operation.

The Syrian Observatory for Human Rights said that the US operation was the largest in northwest Syria since the targeting of the leader of the so-called Islamic State, Abu Bakr al-Baghdadi, by special forces in October 2019.

A month ago, the Pentagon announced the killing of a “prominent leader” of the Guardians of Religion Group.

HTS was called the Nusra Front, which in turn was part of Al-Qaeda until 2016.

Foreign elements had defected from the group and launched a new group under the name Hurras al-Din, which has been classified as a terrorist organization that has been subjected to strikes during the past years by the US-led coalition forces.

For years, US forces have launched raids, mostly using drones, to target jihadist leaders linked to Al-Qaeda in northern Syria.

A ceasefire has been in force in Idlib since March 2020, but it is subject to violations from time to time that result in the deaths of civilians alongside targeted fighters.

The civil war in Syria for nearly eleven years has killed about half a million people and displaced more than half of the Syrians inside and outside the country.

These were the details of the news Abu Ibrahim al-Qurashi: Biden announces the death of the leader of... for this day. We hope that we have succeeded by giving you the full details and information. To follow all our news, you can subscribe to the alerts system or to one of our different systems to provide you with all that is new.