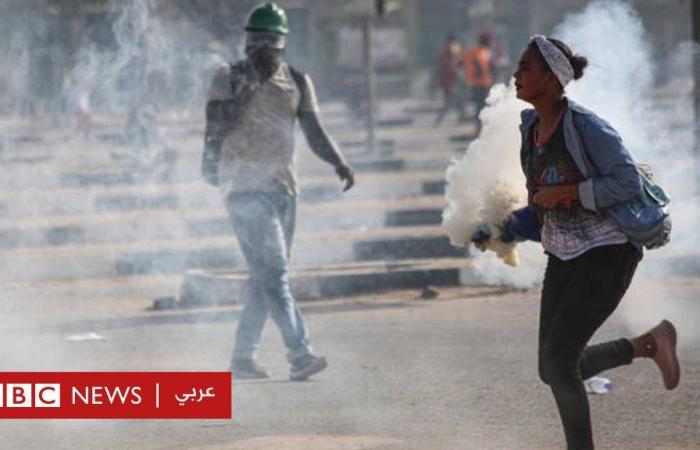 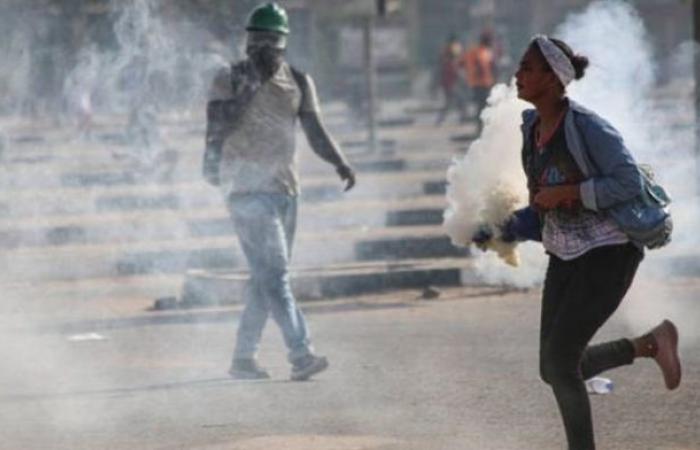 Thousands of Sudanese have demonstrated against military rule in Khartoum, defying a ban on gathering in the center of the capital.

Security forces fired tear gas at the crowd and closed the roads leading to the presidential palace.

The new demonstrations came in response to a call from political parties and union gatherings to demand civilian rule and the army’s non-participation of power.

The resistance committees and the gathering of Sudanese professionals demanded that the protesters go to the Republican Palace in central Khartoum, while adhering to the peaceful demonstrations.

The security authorities anticipated the protests and decided to ban demonstrations in the center of the capital and the areas surrounding the Republican Palace.

A statement issued by the security committee in the state of Khartoum said that it allows demonstrations in public squares, but after coordination with the security authorities.

The army commander, Lieutenant-General Abdel-Fattah Al-Burhan, overthrew the government of Prime Minister Abdalla Hamdok through a military coup in October of last year, considering the step necessary in order to prevent the country’s slide into chaos.

Since then, Sudanese have demonstrated against military rule almost every week.

Medical and human rights groups say that dozens of protesters were shot dead by security forces while participating in those protests.

The security authorities deny the use of live bullets against the demonstrators, and accuse those they called intruders of not committing to peace and of injuring dozens of security men.

And the areas around the Republican Palace usually witness clashes between security forces and protesters during demonstrations, according to Muhammad Othman, a BBC Arabic correspondent in Khartoum.

For its part, the United Nations Mission in Sudan called on the government authorities to allow the demonstrators to peacefully express their positions without using violence.

At the same time, Deputy Chairman of the Sudanese Sovereignty Council, Lieutenant-General Mohamed Hamdan Dagalo, confirmed that the military establishment does not want to reach the polls.

During a meeting with leaders of some tribes and clans, he said that there are those who reject calls for dialogue, pointing out that solving the country’s problems is achieved through elections.

He renewed the military establishment’s approval of the political consultations adopted by the United Nations, explaining that they are open to dealing with the international community, but they refuse to interfere in the country’s internal affairs, as he put it.

Prime Minister Abdullah Hamdok resigned from his position in early January, after a broad popular rejection of a political agreement he signed with the army chief, Lieutenant-General Abdel Fattah al-Burhan.

The regime of ousted Sudanese President Omar al-Bashir fell in April 2019 through a popular revolution that lasted for several months.

These were the details of the news Sudan coup: Thousands defy ban on assembly and demonstrate against the... for this day. We hope that we have succeeded by giving you the full details and information. To follow all our news, you can subscribe to the alerts system or to one of our different systems to provide you with all that is new.