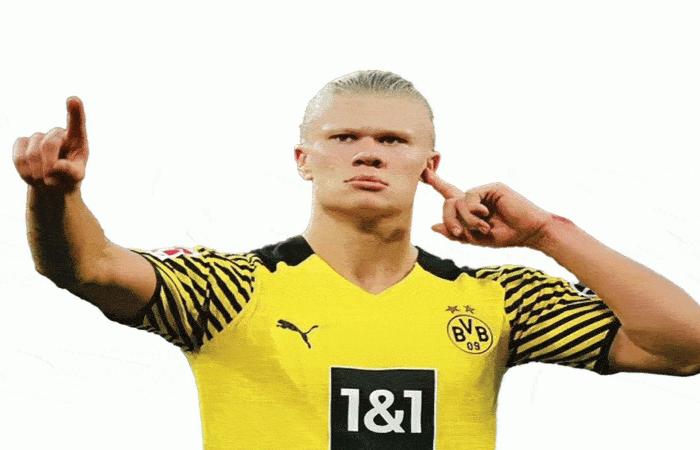 Halland came out of the second half in the match that Dortmund beat Hoffenheim 3/2, and it was not clear after his absence from the stadiums.

Dortmund said in a brief statement: “Haaland underwent a detailed examination on Sunday and Monday. According to the medical report, the Norwegian player is suffering from muscle problems, which will require treatment and additional examinations in the coming days.”

He added: “We hope that Haaland regains his fitness as soon as possible, and is back to doing what he loves most – scoring goals for Dortmund.”

Halland missed ten games for Dortmund in all competitions in the first half of the season due to injury, and Dortmund lost four of them. Halland scored 23 goals in 20 matches in which he participated.

And many major European clubs want to sign the player, and he may leave the team in the summer by paying the release clause of 75 million euros ($86 million) in his contract until 2024.

These were the details of the news Haaland suffers from muscle problems and needs further examinations for this day. We hope that we have succeeded by giving you the full details and information. To follow all our news, you can subscribe to the alerts system or to one of our different systems to provide you with all that is new.