Russia on the border .. US Secretary of State: Ukraine must... 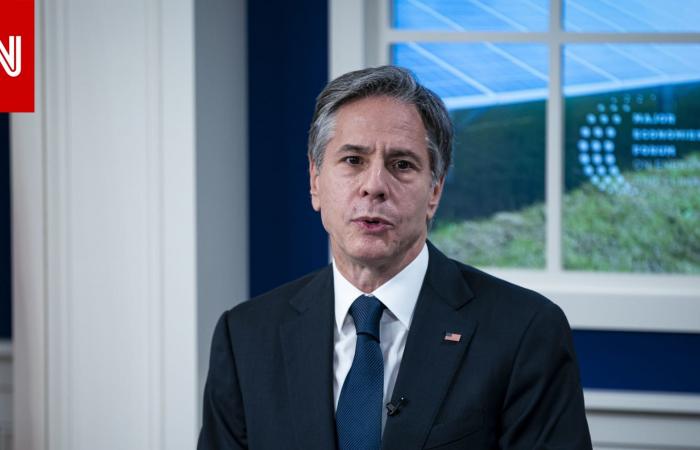 Atlanta, United States (CNN) — US Secretary of State Anthony Blinken pledged the United States would provide additional assistance to Ukraine, on top of existing commitments in the event of an invasion by Russia, and said Ukrainian leaders should prepare for “what could be tough days.”

“Don’t let Moscow divide you,” Blinken told a news conference in Ukraine. “This means that leaders within and outside the government of Ukraine must put aside their differences in the interests of the common national interest and work together to prepare for what may be difficult days.”

Blinken warned that if Russia invaded Ukraine, the United States would “provide additional materiel beyond that already in delivery,

While Ukrainian Foreign Minister Dmytro Kuleba believes that his country is able to overcome the threat of Russian aggression, saying during the conference that Ukraine is “very strong”, while still calling for a diplomatic solution.

The Ukrainian foreign minister accused Russia of trying to sow panic and stoke fear in Ukrainian institutions from within, with a particular focus on the financial system.

Kuleba also sought to placate the Ukrainians that the Kiev government was still aware of all talks between the United States, NATO allies and Russia.

Blinken said he came to discuss intense diplomacy last week with Russia and to “consult and coordinate” on the next steps forward.

While he confirmed that he would not provide a written response to Russian Foreign Minister Sergei Lavrov when they meet on Friday, despite Russia’s insistence that the United States respond in writing to the proposals they put on the table last week, which included demands from the United States.

“I will not present a paper at that time to Foreign Minister Lavrov. We need to see where we are and see if there are opportunities left to pursue diplomacy and pursue dialogue, which again, as I said, is by far the preferred path,” Blinken said.

Blinken explained that “it is not clear what is the central demand of Russia and what is not,” and explained that the effort now is to get to the core of these demands in reality.

These were the details of the news Russia on the border .. US Secretary of State: Ukraine must... for this day. We hope that we have succeeded by giving you the full details and information. To follow all our news, you can subscribe to the alerts system or to one of our different systems to provide you with all that is new.