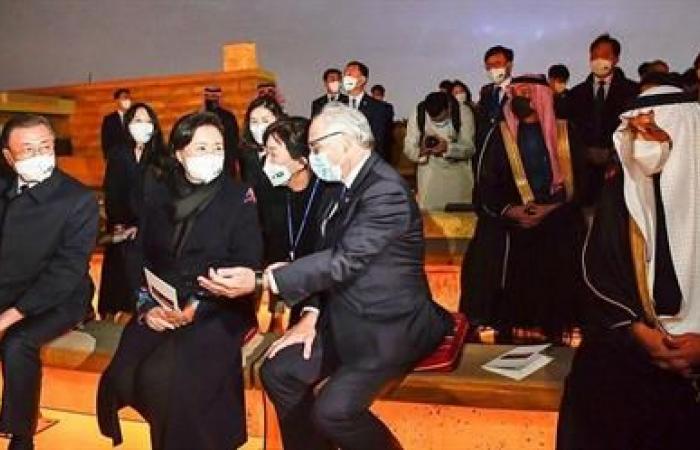 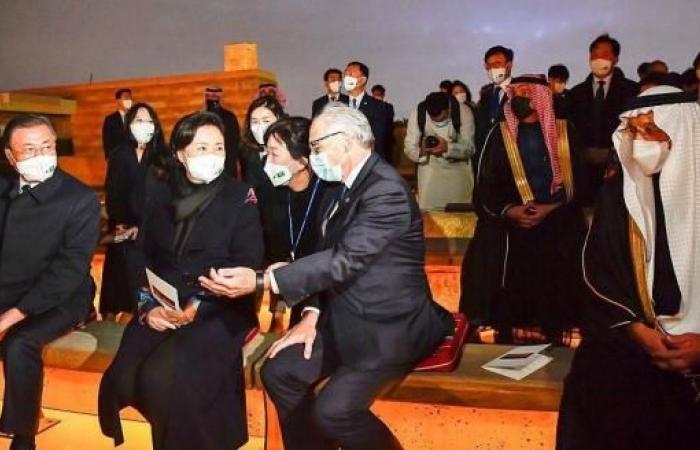 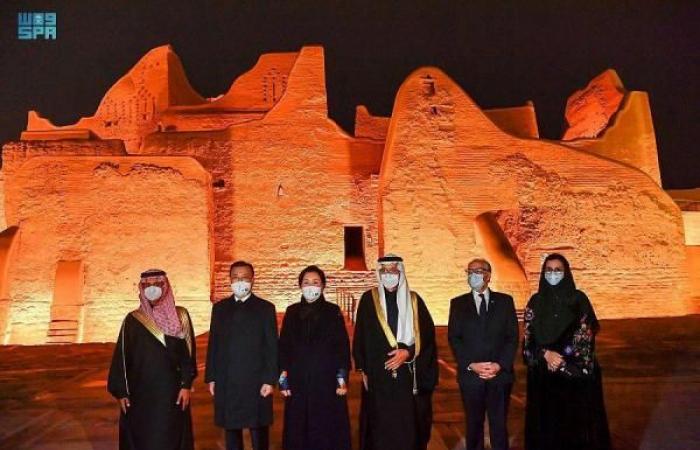 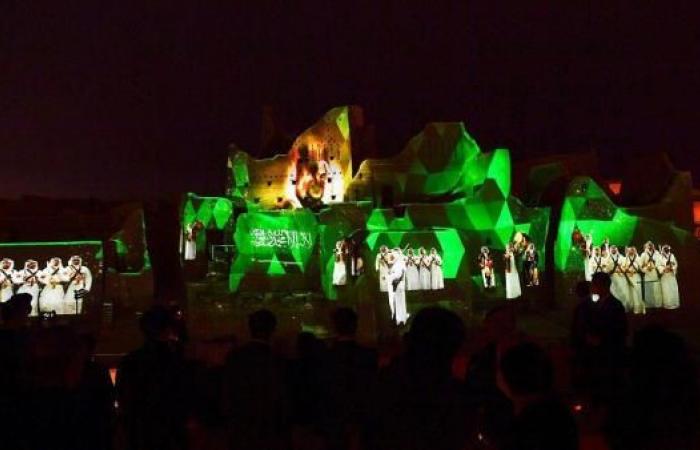 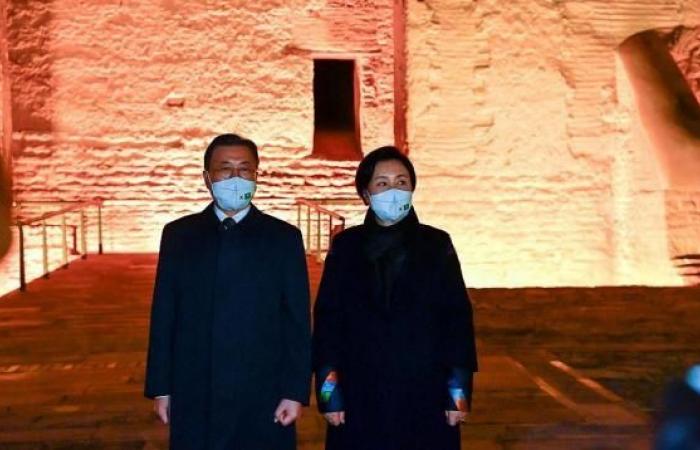 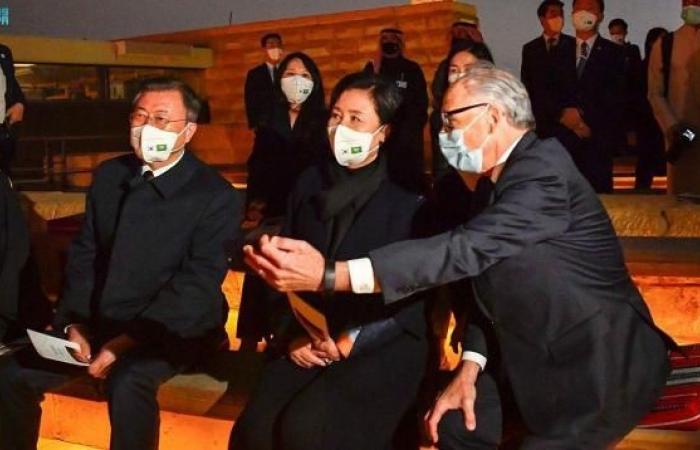 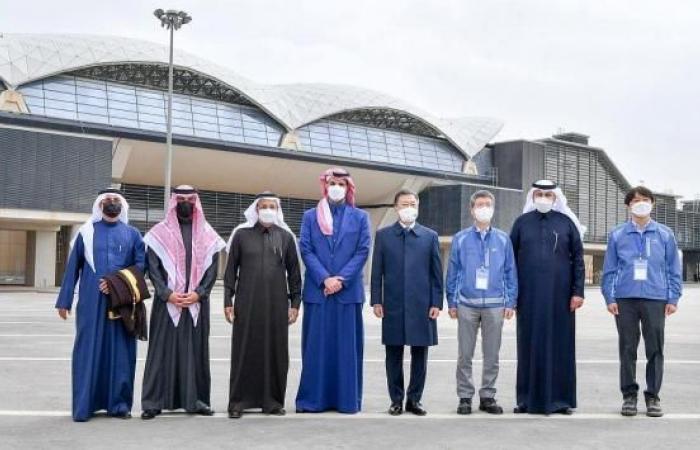 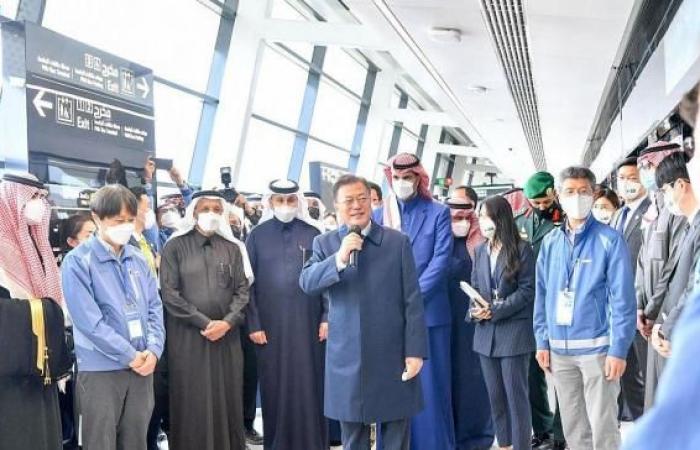 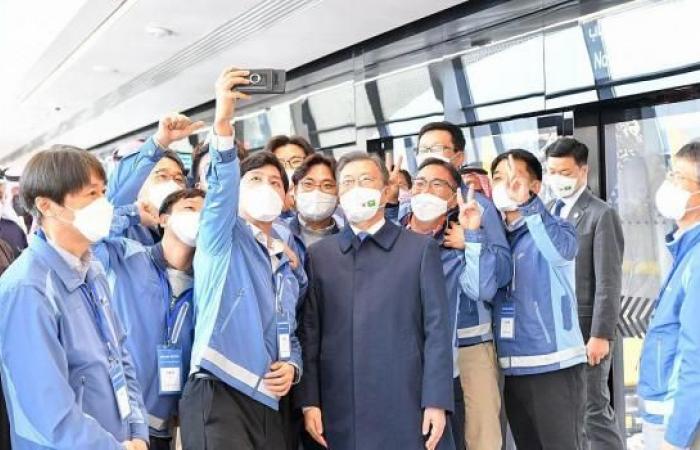 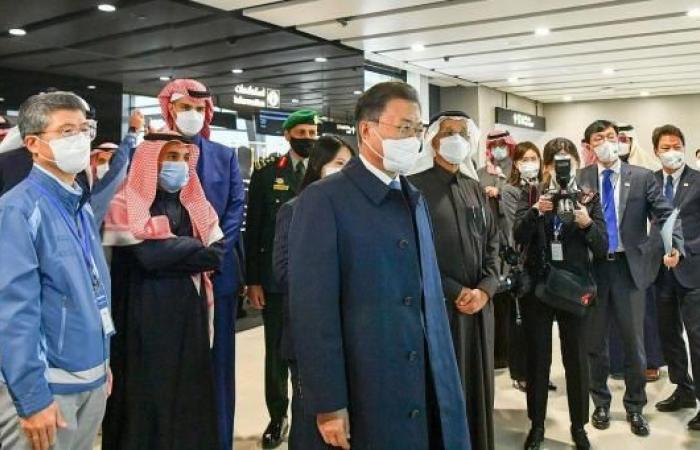 South Korean President Moon Jae-in and his wife visited the historic Turaif district, where they were received by Tourism Minister Ahmed Al-Khatib, and CEO of the Diriyah Gate Development Authority, Jerry Inzerillo.

During the visit, during which he was accompanied by the Minister of Investment, Khaled Al-Falih (the accompanying minister), the Korean president watched the visual presentation of the stages of the history of the Saudi state.

The historic Turaif neighborhood is the nucleus of the founding of this blessed state, and its landmarks and urban heritage review the emergence of the first Saudi state, and the capital of this state since its founding at the hands of Imam Muhammad bin Saud – may God have mercy on him – until our time.

He listened to a detailed explanation of what the public transport service, which includes the Riyadh train project and the Riyadh bus project, will provide, by linking the capital through 6 tracks covering a distance of 176 km, including 85 stations distributed throughout Riyadh.

It is noteworthy that the “Riyadh Train” project will provide a distinguished public transport service by covering densely populated areas, and linking them to the landmarks of the major city of Riyadh, such as King Khalid International Airport, King Abdullah Financial District, major universities, the city center, and the public transport center.

These were the details of the news News 24 | Korean President visits Turaif Historical Neighborhood, Diriyah... for this day. We hope that we have succeeded by giving you the full details and information. To follow all our news, you can subscribe to the alerts system or to one of our different systems to provide you with all that is new.