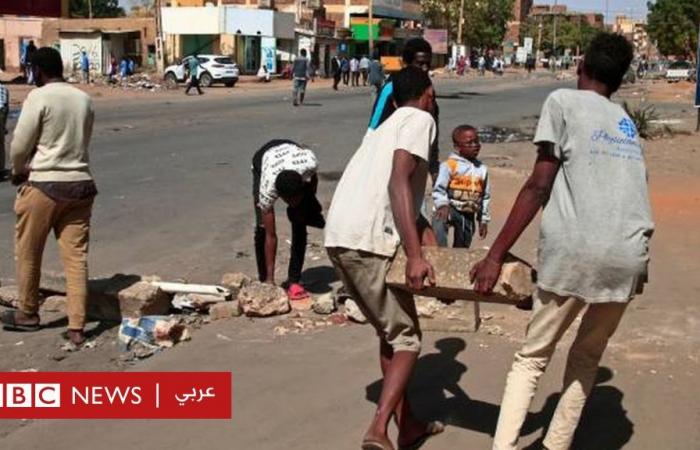 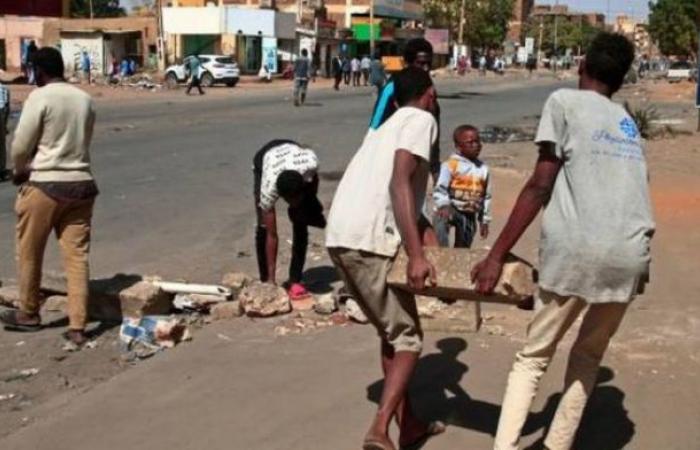 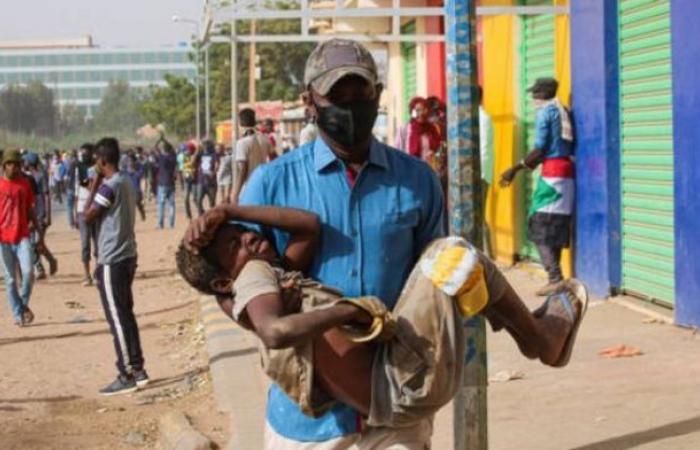 Protesters closed main streets in residential neighborhoods in the Sudanese capital, Khartoum, in response to calls for civil disobedience launched by the Forces of Freedom and Change coalition, in response to the killing of 7 demonstrators during anti-military protests on Monday, while streets, shops and government institutions remained open in the city center.

During a tour of the streets of Khartoum, the BBC team monitored the closure of streets and shops in the Burri area, east of Khartoum, one of the largest neighborhoods in the capital, and some young men set a number of tires on these streets.

The Unified Doctors Office, which includes the Central Sudanese Doctors Committee and other entities, announced a partial strike of doctors and pharmacists.

While anti-coup forces accused the security forces of committing a massacre against protesters on Monday, the Transitional Sovereignty Council in Sudan formed a fact-finding committee on yesterday’s events.

According to a statement from the Sovereignty Council, the committee consists of regular agencies and the Public Prosecution, provided that it submits its report to the Council within 72 hours.

This decision came after the United Nations Mission for the Support of the Transitional Period called for an investigation into yesterday’s events, and also announced its refusal to use live ammunition against the demonstrators.

The Sudanese Ministry of Interior said in a statement that it had invited the organizers of the demonstrations to coordinate, but its call did not find an echo, noting that the invitation was met with what it described as “a persistent hostility and confrontations characterized by organized violence.”

The resistance committees in Khartoum state said in a statement: “It is our duty to resist them until we win or they rule an empty country after killing us all.”

According to medical sources supporting the protest movement, at least 71 people have been killed and more than 2,000 injured at the hands of the security forces since the coup.

Stone and brick barriers erected by the demonstrators obstructed access to some main roads in areas east and south of Khartoum and in the neighboring cities of Bahri and Omdurman. Protesters also set tires on fire, and traffic was less than usual.

Groups representing doctors, teachers, engineers and pilots declared their support for civil disobedience, as did the Popular Resistance Committees outside the capital, with the aim of putting pressure on the authorities by cutting state revenues and stopping life in the country.

The US State Department has expressed concern about the escalation of violence against protesters in Sudan in the wake of Monday’s events.

The US State Department spokesman said via Twitter that an assistant to the Secretary of State and the US Special Envoy for the Horn of Africa is on their way to Khartoum to emphasize “calling on security forces to end violence and respect freedom of expression and peaceful assembly.”

It is not yet clear when the two envoys will arrive in Sudan, as the US State Department announced earlier that their visit to the region will include Saudi Arabia to participate in the “Friends of Sudan” conference, in addition to a visit to Ethiopia.

The United Nations and other Western countries expressed their concern about the events that occurred yesterday, and the killing of demonstrators by the bullets of the security forces.

“The military authorities are showing through the disproportionate use of force and the continued detention of activists and journalists that they are not ready to find a peaceful, negotiated solution to the crisis,” an EU statement said.

These were the details of the news Sudan protests: Streets closed in Khartoum in response to calls for... for this day. We hope that we have succeeded by giving you the full details and information. To follow all our news, you can subscribe to the alerts system or to one of our different systems to provide you with all that is new.