Video: A Tesla car travels 1,200 km on a single charge 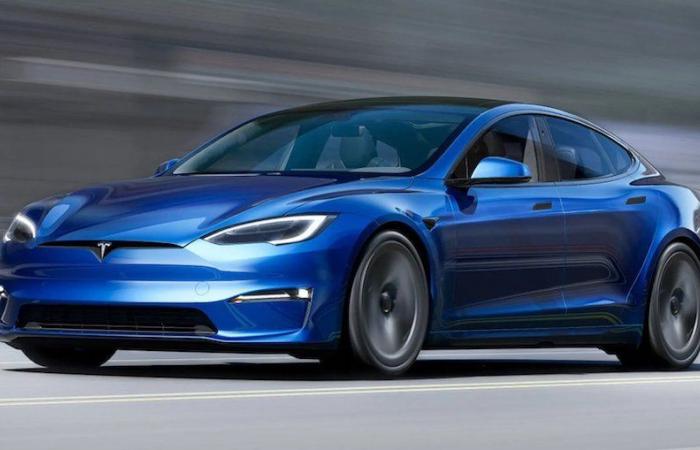 Equipped with an advanced battery, a Tesla has traveled more than 1,200 kilometers (750 miles) on a single charge.

The Independent reported that the new battery was developed by Detroit startup Our Next Energy.

The advanced battery enabled the Tesla Model S to travel nearly twice the distance it travels with a regular battery, and thus outperformed most other conventional cars, in terms of the distance that can be covered with a single tank of gasoline or diesel.

The new battery was tested on Michigan roads, and the results achieved “set a new standard for the entire automotive industry,” according to ONE founder and CEO, Mujeeb Ijaz.

“We want to speed up the adoption of electric cars, and end worrying about the distance that can be traveled on a single charge of the battery, which is what hinders most consumers today,” Ijaz said.

Concerns about the distance that electric cars can travel on a single charge of the battery are allayed by building more charging stations on the roads, amid efforts to reduce charging time, according to the newspaper.

It is reported that this new battery, developed by ONE, has an innovative design that contains phosphate, iron and lithium, and the company hopes that it will be used in commercial trucks in the future.

These were the details of the news Video: A Tesla car travels 1,200 km on a single charge for this day. We hope that we have succeeded by giving you the full details and information. To follow all our news, you can subscribe to the alerts system or to one of our different systems to provide you with all that is new.

PREV Pentagon tracking suspected Chinese spy balloon over the US
NEXT Hands off Africa, says Pope Francis in Kinshasa speech