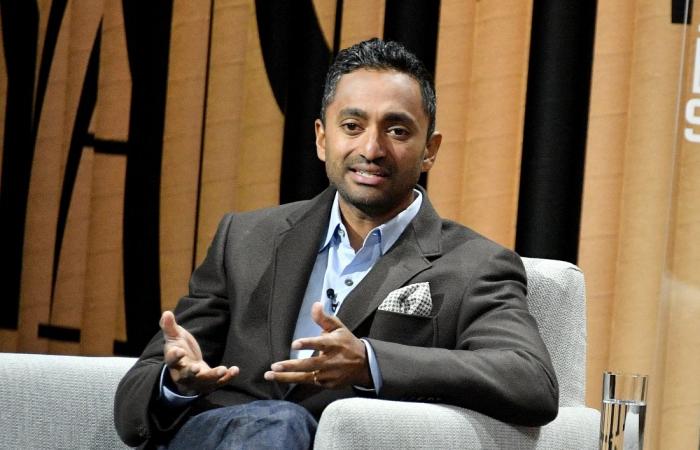 Jeddah - Yasmine El Tohamy - Chamath Palihapitiya, a 10-percent minority owner of the Golden State Warriors, said during his podcast "All-in" that he doesn't care about the genocide against Uyghur Muslims in Northwest China and that there are other more important issues for the public to address.

Palihapitiya’s remarks ignited an avalanche of criticism on social media for his insensitivity towards the Uyghurs, a Muslim and ethnic minority group the Biden administration says are the victims of Chinese government sponsored genocide.

When a podcast co-host praises President Joe Biden for expressing concerns for the Uyghurs, Palihapitiya brushes that concern off saying Uyghur genocide is “irrelevant."

“Nobody cares about what’s happening to the Uyghurs, OK. You bring it up because you really care. I think it is nice that you care but the rest of us don’t care,” Palihapitiya said in response.

Palihapitiya continues that there are other issues he is concerned about, mainly in America, including the US economy, climate change, America's crippling and decrepit healthcare infrastructure.

“But if you are asking do I care about a segment of a class of people in another country, not until we can take care of ourselves will I prioritize them over us,” Palihapitiya to that shock of his podcast co-hosts, Jason Calacanis, David Sacks & David Friedberg.

“I think a lot of people believe that. And I’m sorry if that is a hard truth to hear, but every time I say I care about the Uyghurs I am just lying if I don’t really care. So, I would rather not lie than tell you the truth. It's just not a priority for me.”

Calling concern for the Uyghurs a “luxury belief” that all humans have a basic set of human rights, Palihapitiya argues Americans don't do enough domestically to “clean up our own house.”

The comments brought immediate condemnation from Muslim American groups including the Emgage Action, a Muslim advocacy organization, with chapters in Washington, D.C., Michigan, Texas, Florida, Pennsylvania, Virginia, and New York.
“These statements are offensive and shocking especially given the well-established body of evidence proving a state-sponsored campaign of cultural and religious extermination against the Uyghur Muslim people,” said Wa’el Alzayat, CEO of Emgage Action.
“It’s why the Biden administration has diplomatically boycotted the Olympics and Congress passed the Uyghur Human Rights Act and Forced Labor Act. We call on Chamath Palihapitiya to issue an immediate apology and for the Warriors and Virgin Galactic to take measures to ensure that their top executives and spokespersons reflect their stated values and commitment to corporate social responsibility.”

Michael Pompeo, the former Secretary of State for President Donald Trump, express shock, saying on Twitter, “If the @NBA truly stands for justice, they will denounce these comments by @chamath and denounce the CCP's genocidal oppression of the Uyghur people in Xinjiang.”

China has been accused of committing ethnic genocide against the Uyghurs putting more than one million members of the Muslim Chinese ethnic minority in “re-education camps.”

In July, Biden accused China of enabling human rights abuses against several ethnic groups in the People’s Republic of China (PRC) including Uyghurs, Kazakhs, and other members of Muslim minority groups in Xinjiang, “where the PRC continues to commit genocide. This action prevents the entities from gaining access to US technology.”

China on Monday rejected what it called “slanderous attacks” about conditions for Muslim Uighurs living in Xinjiang, as European powers and Turkey voiced concerns and called for UN access to the remote western region.

Foreign Minister Wang Yi told the UN Human Rights Council that it was taking counter-terrorism measures in accordance with the law and that Xinjiang enjoyed “social stability and sound development” after four years without any “terrorist case.”

The Warriors denounced Palihapitiya saying in a statement late Monday, “As a limited investor who has no day-to-day operating functions with the Warriors, Mr. Palihapitiya does not speak on behalf of our franchise, and his views certainly don’t reflect those of our organization.”

These were the details of the news Co-owner of Golden State Warriors comes under fire for comments on Uyghur Muslims for this day. We hope that we have succeeded by giving you the full details and information. To follow all our news, you can subscribe to the alerts system or to one of our different systems to provide you with all that is new.