The mutant “Omicron” will not be the last version of the... 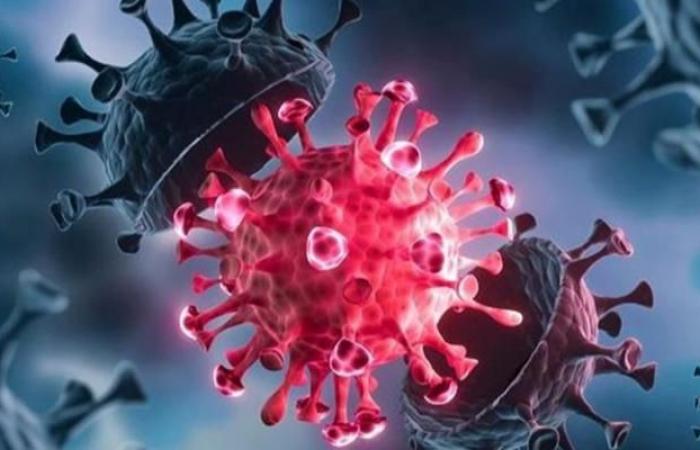 Days after some scientists warned that the global whirlwind of the Omicron mutant demonstrates that it will not be the latest version of the SARS-CoV-2 virus, which is classified as “alarming”, the World Health Organization said that experts have no clear vision. Regarding the evolution of the Corona virus so far, as is the case with the influenza virus.

According to a report published by Live Mint, the SARS-Cove-2 virus continues to evolve and mutate, which prompts the question of what the next form of the virus will be.

Predictability”
“We don’t have the same predictive power as we currently do with influenza,” said Maria Van Kerkhove, an infectious disease epidemiologist and technical lead for COVID-19 at the World Health Organization.
To provide more clarification on her statement, Dr. Maria published a tweet on the Twitter platform, in which she said: “To deal with the virus, the world needs greater data about the global influenza surveillance and response system GISRS, meaning that there is a “predictability” of flu virus mutations. It is expected to spread seasonally. But there is no seasonal forecast for Covid-19 so far as it develops differently, noting that globally, there is a need for integrated surveillance for respiratory diseases with the same GISRS.”

The Associated Press reported that experts don’t know what the next variables will look like or how the epidemic might develop, but they say there is no guarantee that Omicron’s consequences will cause milder disease cases or that current vaccines will work against it.
“The faster the omicron spreads, the higher the chances of mutations, which can lead to more variables,” said Leonardo Martinez, an infectious disease epidemiologist at Boston University.
“It appears that long-term, persistent infections are the [التي ترجح الفرضية] Most likely to reproduce new species,” adding that “the opportunity for new variants to emerge only exists when there is a very widespread infection.”

Milder version
And because the omicron mutant appears to cause less serious disease than the delta mutant, its behavior has raised hope that it could be the start of a trend that will eventually make the virus milder like the common cold.
Some experts argue that a milder virus is likely, especially since mutations do not spread widely if they kill their hosts very quickly, but viruses do not always become less deadly over time.
Ray explained that, for example, the mutant can achieve its main goal, which is replication and reproduction, if the infected initially had mild symptoms, and the virus was transmitted from the infected to others through interaction, and then the condition of the infected person becomes very severe at a later time.

While millions around the world wonder if the virus will develop into milder stages, Ray said that “there is no specific reason for this,” expressing his belief that “we can be confident that the virus will become less deadly over time.”
Gradual improvement in immune evasion helps the virus survive long-term. When SARS-CoV-2 first started spreading, there were no vaccines or natural immunity. But infections and vaccines have given at least some immunity to much of the world’s population, so the mutant is the virus’s attempts to adapt.

For this reason, experts have urged that vaccination be expanded now, while available vaccines are still effective.
The Corona virus has caused the death of at least 5,537,051 people in the world since it appeared in China in December 2019.
The United States recorded the highest number of deaths from the virus, with 850,605 cases, followed by Brazil (621,045), India (486,451) and Russia (321,990).
The World Health Organization estimates that the total number of deaths may be two to three times higher, taking into account the excess number of epidemic-related deaths.

These were the details of the news The mutant “Omicron” will not be the last version of the... for this day. We hope that we have succeeded by giving you the full details and information. To follow all our news, you can subscribe to the alerts system or to one of our different systems to provide you with all that is new.