Watch .. the reaction of a Guinean commentator after his country’s... 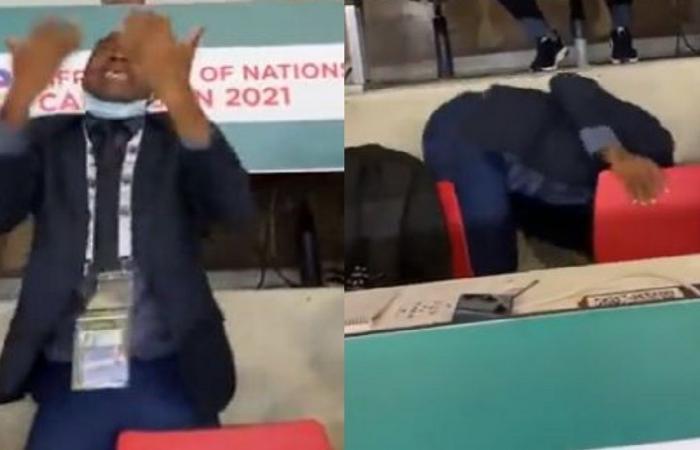 A commentator from Equatorial Guinea celebrated hysterically his country’s surprising 1-0 victory over Algeria in the second round of Group E of the African Nations Cup in Cameroon.

Sports pages and social media pioneers circulated a video in which the commentator appears dancing and screaming frantically, not understanding what happened, before heading to another person who was next to him and celebrating with him by dancing in the commentary place, after the end of the match.

Thanks to this victory, Equatorial Guinea revived its chances of qualifying for the next round, after raising its score to three points in the fifth group runner-up, behind Côte d’Ivoire, leaders with four points, while Algeria’s task became complicated in preserving the title it achieved in 2019, as it is bottom of the group with a point. One, and threatened to bid farewell to the tournament early.

These were the details of the news Watch .. the reaction of a Guinean commentator after his country’s... for this day. We hope that we have succeeded by giving you the full details and information. To follow all our news, you can subscribe to the alerts system or to one of our different systems to provide you with all that is new.