With a hadith and a verse.. a member of senior scholars... 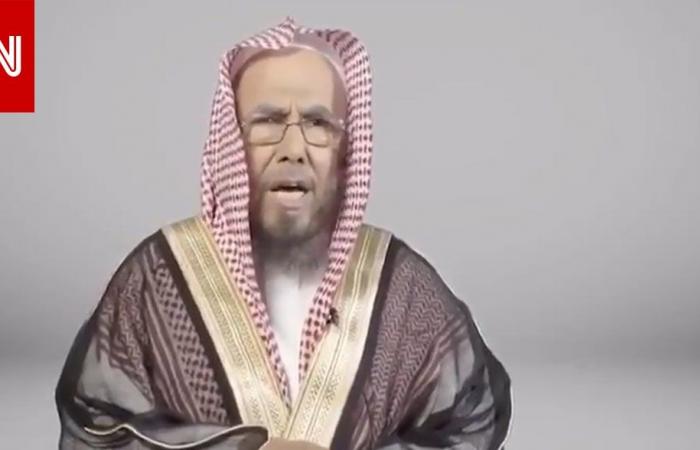 Dubai, United Arab Emirates (CNN) – Abdullah Al-Mutlaq, a member of the Council of Senior Scholars and an advisor at the Saudi Royal Court, sparked an interaction after a fatwa in which he cited a Quranic verse and a hadith of the Prophet Muhammad “to allow” to congratulate non-Muslims on their holidays, according to conditions.

This came in a telephonic intervention by Al-Mutlaq on the Holy Qur’an Radio, in which he said: “If a person intends by it an interest that benefits him and the religion and benefits this person, and among the greatest interests, the religious interests, then the one who congratulates them, and the human being, as you know, is commanded to improve our morals for people, to set an example for calling them to God’s religion…”

Al-Mutlaq continued, saying: “God Almighty said in the Noble Qur’an to the Children of Israel: (And tell people what is good) and the Prophet, may God’s prayers and peace be upon him, says: (Fear God wherever you are, and follow an evil deed with a good deed that you erase and create people) All people are of good character..

He added: “If a person has friends or has neighbors and wants to treat him well with them in order to convey to them the religion of God in practice, there is nothing wrong with that.

These were the details of the news With a hadith and a verse.. a member of senior scholars... for this day. We hope that we have succeeded by giving you the full details and information. To follow all our news, you can subscribe to the alerts system or to one of our different systems to provide you with all that is new.