Our military response would be different if the Americans and NATO... 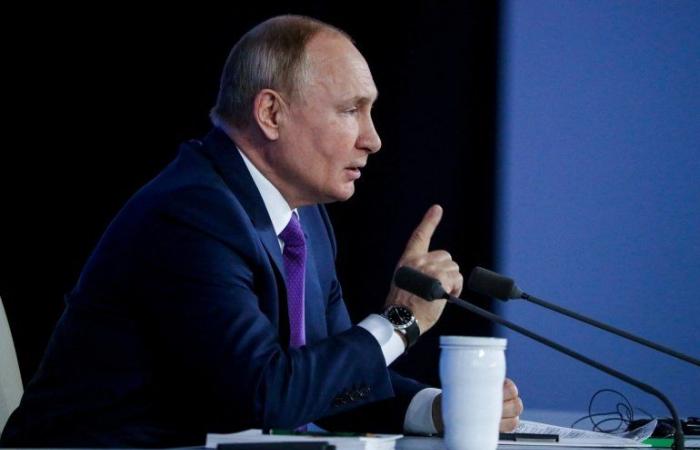 Russian President Vladimir Putin stressed, on Sunday, during a televised interview, that there will be a different Russian military response, if the United States and the North Atlantic Treaty Organization (NATO) refuse to provide the security guarantees demanded by Moscow.

Putin’s statements came during an interview with him on “Russia-1” channel, last Thursday, on the sidelines of his annual conference, and it was broadcast on Sunday.

During the interview, Putin was asked what would be Moscow’s “military-technical” response if the Americans and NATO did not listen to Russia’s security concerns?

“Our response may be completely different and will depend on the recommendations that our military experts will give me,” Putin said.

However, the Russian president kept the door open to diplomatic efforts, and noted that Moscow was seeking “a negotiated diplomatic outcome that will be legally anchored in the documents we proposed.”

In his speech, Putin refers to the two draft agreements that Moscow presented to the United States and NATO to sign in order to establish a system of security guarantees to reduce military tensions in Europe.

The level of tension has risen in recent weeks, following the Russian military build-up on the borders of Ukraine, amid fears of a possible military invasion.

The Kremlin denies Russia’s intention to invade its western neighbor, stressing that the military moves do not threaten anyone, and speaking of provocations by “NATO”, and demanded a halt to its expansion to the east.

The Russian Foreign Minister, Sergey Lavrov, had said a few days ago that Moscow would start separate security negotiations next January, with America and NATO, to discuss Russia’s demands.

Russia submitted earlier security proposals calling for preventing the membership of “NATO” from Ukraine and other former Soviet republics, and reversing the military deployment of the alliance in Central and Eastern Europe.

These were the details of the news Our military response would be different if the Americans and NATO... for this day. We hope that we have succeeded by giving you the full details and information. To follow all our news, you can subscribe to the alerts system or to one of our different systems to provide you with all that is new.