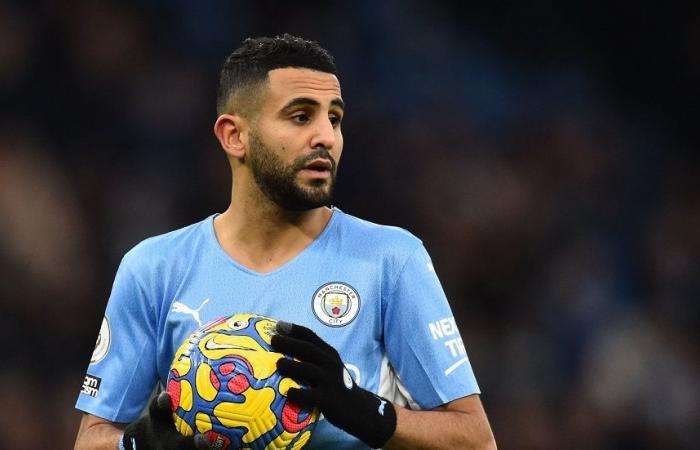 Manchester City beat Leicester City (5-3) in the match that took place between them today, Sunday, in the 19th round of the English Premier League.

Manchester City hit hard and advanced with four consecutive goals in the first half, scored by Belgian Kevin De Bruyne, Algerian Riyad Mahrez, German Ilkay Gundogan, and Englishman Rahim Sterling in the minutes (5, 14 from a penalty kick, 21 and 25), respectively. .

But the “Foxes” was not completed, as Spanish defender Emeric Laporte added the fourth goal for the hosts, in the 69th minute, and then his colleague Sterling concluded the goals festival by scoring his second personal goal and the sixth for City at the 87th minute of the meeting, which was held at Al-Ittihad Stadium. .

Manchester City raised its score after this victory to 47 points, and moved away at the top of the league, 6 points behind its runner-up, Liverpool, whose match against its guest, Leeds United, was postponed, in this round as well, due to the Corona pandemic.

On the other hand, Leicester City’s balance stopped at 22 points, and it occupies the tenth place in the standings so far, pending the results of the rest of the matches of this round.

These were the details of the news Mahrez contributes to Manchester City’s wide victory over Leicester’s “foxes” in... for this day. We hope that we have succeeded by giving you the full details and information. To follow all our news, you can subscribe to the alerts system or to one of our different systems to provide you with all that is new.