Horror in Barcelona .. Laporta intervenes to prevent Real Madrid from... 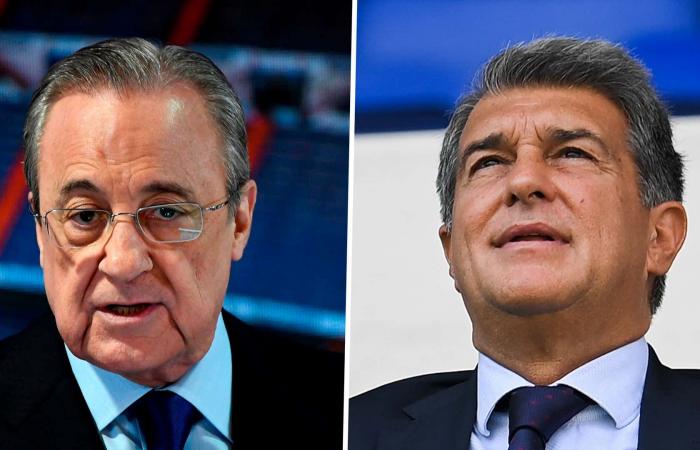 Press reports today revealed the main reason behind Barcelona’s decision to enter into a conflict with Europe’s top players to obtain the services of the Norwegian, Erling Halland.

The Borussia Dortmund striker is one of the most watched players in Europe at the moment.

Barcelona club decided to analyze its options to enter the fierce battle for Haaland, which is witnessing the presence of Real Madrid in a strong manner.

What is the real reason behind Barcelona’s entry into that battle?

The Spanish newspaper, “Marca”, reported in a report that Barcelona President, Joan Laporta, is determined to rearm Barcelona, ​​which moved aimlessly in the first half of the season, and sees in Halland the “killer” player who can guarantee a large number of goals scored in each season. .
Laporta, as he admitted in various meetings with his team, wants by all means that the Norwegian’s future is not within Real Madrid and does not hide the fear he already feels from seeing Kylian Mbappe as a player in Madrid with Vinicius, Benzema and the others.

The matter has become an obsession for the Catalan president, so it became a priority for him to reach a possible signature, and he was already after meeting with Mino Raiola, the player’s agent.

Barcelona is completely dependent on contracting Haaland on the assumption that there is a penalty clause in Haaland’s contract worth 75 million euros, which will be activated next summer.

But the stumbling block will be the large number that the player aspires to obtain in addition to the commission Raiola, and this is what Laporta intends to manage at the present time, taking advantage of the new relationship that brings him together with the player’s agent.

It is worth noting that the Borussia Dortmund administration, on the other hand, is working to retain the distinguished player, as the team’s management confirmed, some time ago, that it is working to amend the player’s contract and double his salary to keep him as long as possible.

Within reach of everyone .. Haaland penalty clause ignites the conflict between Munich and Real Madrid

These were the details of the news Horror in Barcelona .. Laporta intervenes to prevent Real Madrid from... for this day. We hope that we have succeeded by giving you the full details and information. To follow all our news, you can subscribe to the alerts system or to one of our different systems to provide you with all that is new. 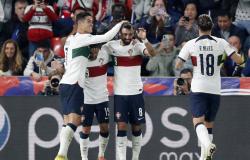