Cuomo won’t be charged for touching trooper at racetrack 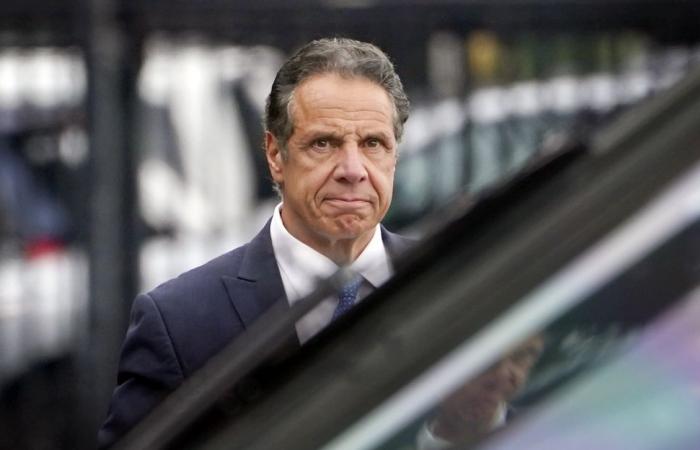 Jeddah - Yasmine El Tohamy - PESHAWAR: Sikhs in Pakistan’s northwestern Khyber Pakhtunkhwa province have welcomed a recent court ruling allowing them to carry a ceremonial dagger, known as the kirpan, in pursuit of an obligatory religious practice, but say that the court should not categorize the object as a weapon requiring a license.

Carrying a kirpan is among the five articles of faith in Sikhism, and the Sikh community has fought — both winning and losing — legal battles around the world to be allowed to bear the object in public.

Last year, Sikh social activist Gurpal Singh filed a petition in the Peshawar High Court, requesting that local Sikhs be allowed to carry the sacred item in public, including in government offices and on public transportation. The court this week granted the the right, but ordered Sikhs to seek renewable licenses for the kirpan and to pay fees.

“The reason why I went to the court was the deteriorating law and order situation in the province and a prohibition on us to carry kirpan in government offices and the city’s mass transit system,” Singh told Arab News on Friday, saying that the Sikh community would no longer face problems when entering public places with the kirpan.

Pakistan is considered the birthplace of the Sikh religion. Guru Nanak, the founder of Sikhism, was born in the small village of Nankana Sahib near the eastern city of Lahore in 1469. Maharaja Ranjit Singh, the leader of the Sikh Empire, defeated the majority ethnic Pashtun tribesmen of the region in the Battle of Nowshera in 1823.

His commander-in-chief, Hari Singh Nalwa, then moved thousands of Sikhs from Punjab to Peshawar and its surrounding areas, in what is present-day Khyber Pakhtunkhwa and FATA.

Since then, at least 500 Sikh families have lived in Peshawar and its surrounding northwestern regions, according to community estimates. In recent years, however, thousands of Sikhs from the area have migrated to other parts of Pakistan or neighboring India out of fear of militant attacks amid a rise in targeted killings.

“People of our faith have been targeted in Peshawar and I took the case to the court to ensure their protection,” Singh said. “They are all thankful to the Peshawar High Court over its judgment, though they are also hurt since they will need a license for the kirpan, which will require periodic renewals.”

Singh said that he would now approach all “relevant forums” and meet with parliamentarians to lobby for a licensing exemption for the kirpan.

Pakistan’s administration has frequently pledged to secure the rights of minority communities as it seeks to develop religious tourism in the country. It jointly built a visa-free border crossing with India — called the Kartarpur Corridor — to allow Sikh pilgrims from the neighboring country ease of access to the last resting place of Guru Nanak. The corridor was inaugurated in 2019.

While violence against religious minorities, particularly Christian and Shia Muslims, has been a painfully familiar story in Pakistan, Sikhs have long been considered one of the country’s most-protected minorities. In Peshawar, they have lived peacefully alongside Muslims for more than 250 years, working mostly as traditional healers, and running pharmacies, cosmetics and clothing stores.

But a spate of killings in recent years has raised concerns that Sikhs might be the latest target of Pakistan’s militant groups, leaving community members unsure of their future in the country.

Sikhs were not included in the 2017 population census and there is no hard data on their numbers, but social workers estimate that more than 60 percent of Peshawar’s 30,000 Sikhs have left for other parts of Pakistan or migrated to neighboring India within the last six years.

The religious group is also constantly battling the Pakistan government for ownership of hundreds of their temples, called gurdwaras. Under an agreement signed between Pakistan and India after the partition of India in 1947, religious lands and temples cannot be sold. But community members complain that this rule has been violated.

Sikh temples and crematoriums have been disposed off by the Evacuee Trust Property Board, a body responsible for the maintenance of properties abandoned by people who left for India during Partition.

Speaking to Arab News, rights activist Imran Takkar praised the court’s recent judgment on the kirpan, calling it “significant for citizenship rights in the country.”

He said: “All citizens have the right to practice their faith. We should make it easy for the Sikh community to do that.

“Pakistan should follow the example of the US and European countries who have allowed Sikhs to carry the kirpan.”

These were the details of the news Cuomo won’t be charged for touching trooper at racetrack for this day. We hope that we have succeeded by giving you the full details and information. To follow all our news, you can subscribe to the alerts system or to one of our different systems to provide you with all that is new.