New demonstrations in Khartoum..the authorities cut off the internet and closed... 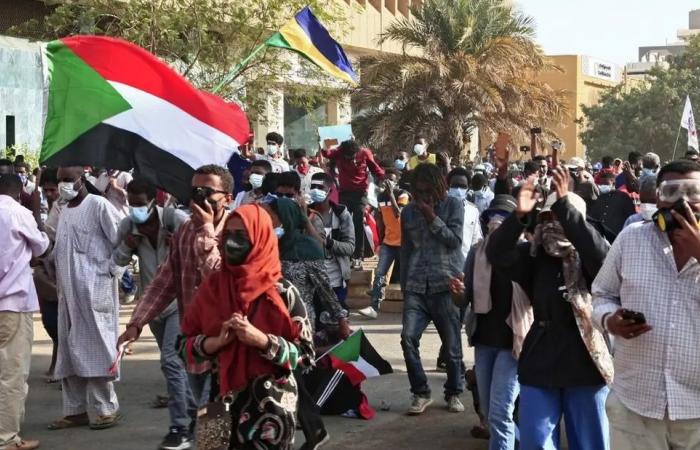 Internet services were disrupted in the Sudanese capital, Khartoum, in the early hours of Saturday morning, ahead of the tenth protests since the decisions of the General Commander of the Army, Chairman of the Transitional Council, Lieutenant-General Abdel Fattah Al-Burhan, on October 25.

The Internet for mobile devices was cut off in Sudan, as security forces roamed the capital, Khartoum, and closed the bridges linking it to its suburbs, anticipating demonstrations announced by the Forces for Freedom and Change and the coordination of the Resistance Committees, in rejection of the political agreement recently signed between Prime Minister Abdullah Hamdok and the President of the Transitional Council, Abdel-Fattah Al-Burhan.

A senior official in an Internet service provider company in Sudan told Reuters that the service interruption came after a decision by the National Telecommunications Authority, which oversees the sector.

A source stated that the soldiers and the rapid support forces were deployed in large numbers to block the roads leading to the bridges linking Khartoum and the city of Omdurman on the other side of the Nile.

Protest organizers said that the march scheduled for Saturday will include the presidential palace, but that the protests will end at five in the evening.

On the eve of this new mobilization, organized under the slogan “no negotiation” with the army, the state of Khartoum announced that all bridges on the Nile were closed on Friday evening, stressing that the security services would deal “with chaos and abuses” and that “violating sovereign sites is against the law.”

And the official Sudan News Agency, quoting the State Security Coordination Committee, stated, “Departing from peacefulness, approaching and compromising the sovereign and strategic sites in central Khartoum is against the laws, and chaos and abuses will be dealt with, while emphasizing the right to peaceful demonstration.”

The Khartoum State Security Coordination Committee said that it had “directed, within the framework of the Khartoum state security plan and the protection of sovereign and strategic sites in central Khartoum, to tightly lock the Nile bridges, except for the Soba and Halfaya bridges, starting Friday evening.”

She added that “departing from peacefulness and approaching and violating the sovereign and strategic sites in central Khartoum is against the laws,” stressing that “chaos and abuses will be dealt with, while emphasizing the right to peaceful demonstration.”

Thousands marched on Sunday to the presidential palace and security forces fired tear gas, stun grenades and live bullets to disperse protesters who tried to start a sit-in.

These were the details of the news New demonstrations in Khartoum..the authorities cut off the internet and closed... for this day. We hope that we have succeeded by giving you the full details and information. To follow all our news, you can subscribe to the alerts system or to one of our different systems to provide you with all that is new.