Borussia Dortmund news: Confirmation of the value of the penalty clause... 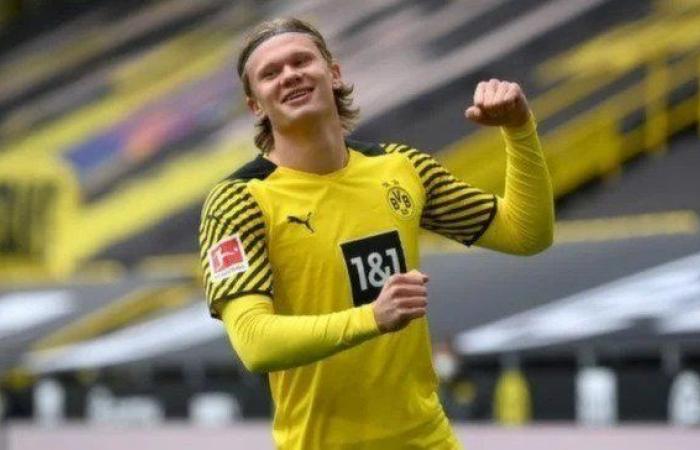 Sport 360 – Bayern Munich CEO Oliver Kahn revealed the value of the penalty clause that Norwegian striker Erling Haaland will take out of Borussia Dortmund, which is 75 million euros, as some sources have already indicated previously.

The name Erling Haaland has been one of the most popular names in recent weeks, especially since Dortmund CEO Joachim Watzke spoke about Real Madrid’s interest in including the young spearhead.

Haaland is wanted in half of Europe’s top clubs, and Oliver Kahn said in a recent interview with the German newspaper Bild that the penalty clause for the player’s departure from Dortmund is correct: “His contract is in Dortmund until 2024, but he can leave Borussia in the summer with a fixed number of 75 million euros.” .

However, it does not seem that Bayern Munich is clear about his intentions towards the Borussia Dortmund star, as he did not confirm his desire to sign him, and President Herbert Hainer previously ruled out signing with him, as he believes that Bayern owns Lewandowski and is the best striker in the world.

While the legendary German goalkeeper has announced that the Bavarians are planning a very strong transfer market, which also makes them candidates for Haaland’s services, although according to some media he has a desire to leave Germany, and may say yes to a move to Real Madrid.


These were the details of the news Borussia Dortmund news: Confirmation of the value of the penalty clause... for this day. We hope that we have succeeded by giving you the full details and information. To follow all our news, you can subscribe to the alerts system or to one of our different systems to provide you with all that is new.