The launch of a new telescope “will change scientists’ understanding of... 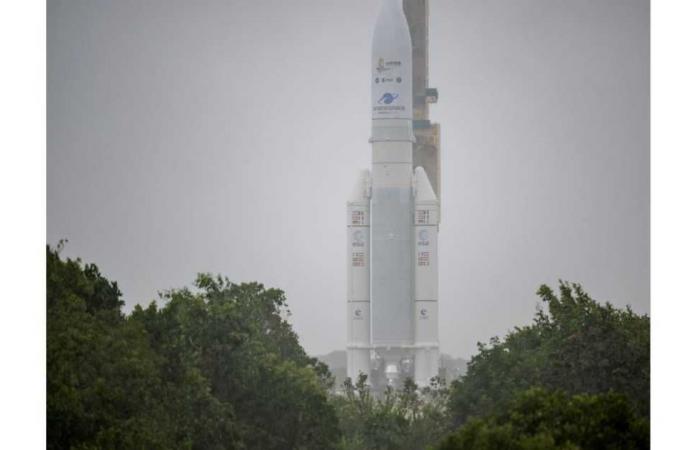 The $9 billion infrared telescope will be launched by an Ariane 5 rocket from a European Space Agency base in French Guiana.

praised”NASATelescope as the first science observatory The space in the next decade.

If all goes as planned, a French-made rocket will put the telescope into space after a 26-minute flight.

The telescope weighs more than 6 thousand kilograms, and when opened, it is approximately the size of a tennis court.

Next month, the telescope will head to its destination in an orbit around the sun, about 1.6 million km from Earth.

The telescope’s special path will maintain a stable alignment with Earth, as the planet and the telescope orbit the sun side by side.

The telescope was named “James Webb” after the head of “NASA” during most of the agency’s formation period in the 1960s, and it is 100 times more sensitive than its predecessor, the Hubble telescope.

These were the details of the news The launch of a new telescope “will change scientists’ understanding of... for this day. We hope that we have succeeded by giving you the full details and information. To follow all our news, you can subscribe to the alerts system or to one of our different systems to provide you with all that is new.