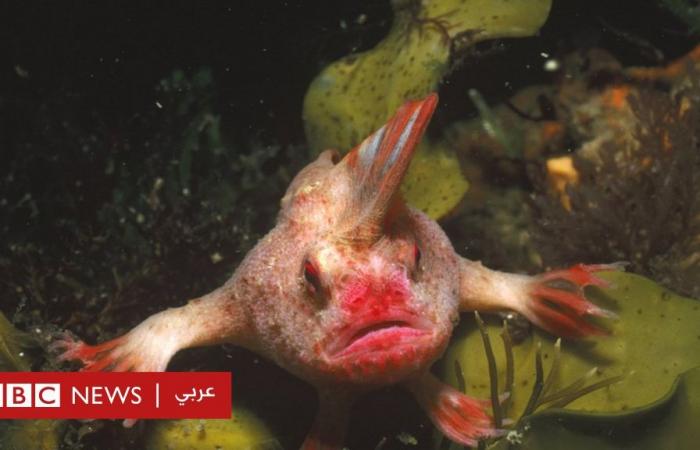 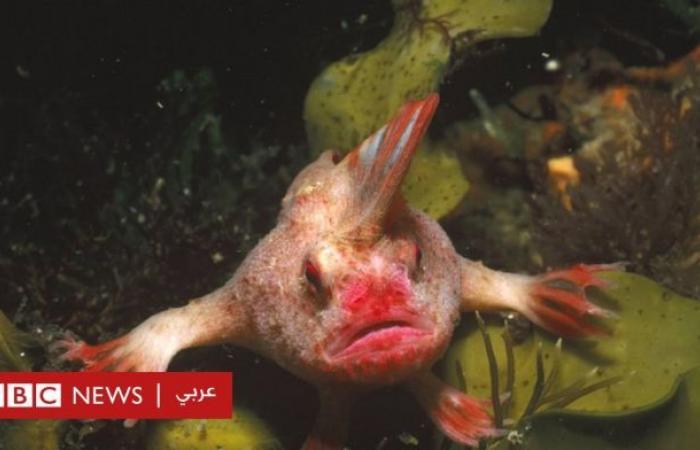 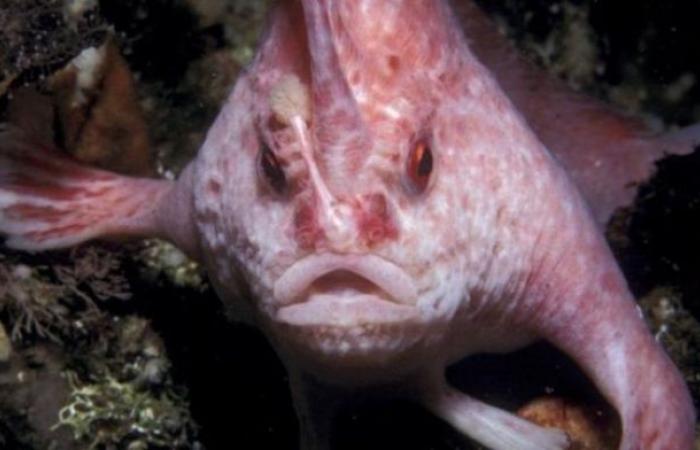 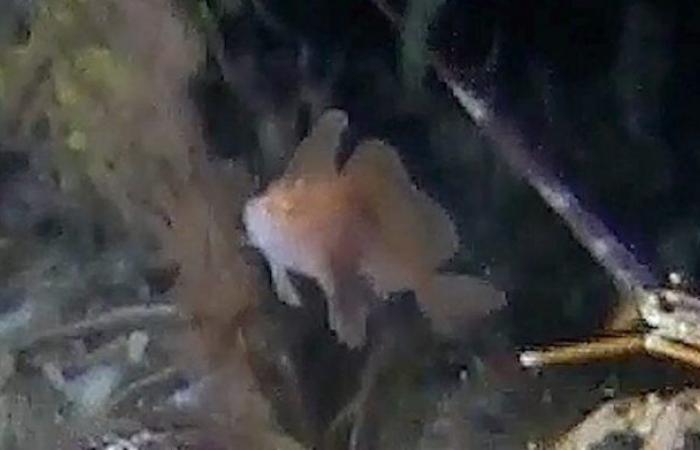 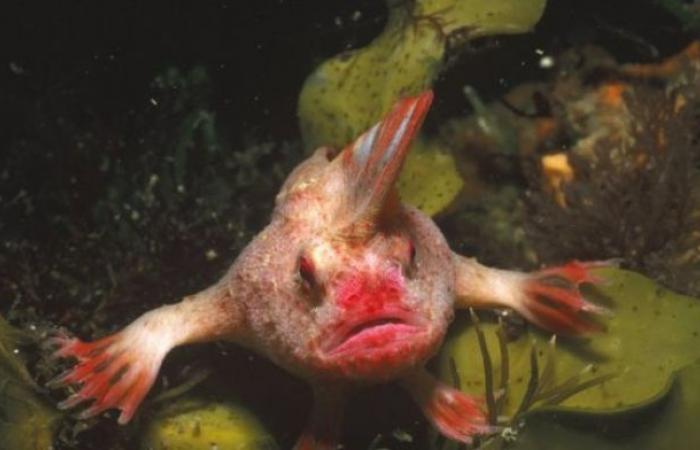 For the first time in 22 years, a rare fish was spotted moving on the sea floor with what looks like two hands in the front of its body in a walking way, off the coast of the island of Tasmania, where it is native to Australia.

The last time this type of pink fish was spotted (known as the fish with a hand, handfish ) by a diver off the coast of the island in 1999, and has since been seen only four more times.

Officials have recently classified this type of fish as endangered, fearing its final extinction and scarcity.

However, Australian researchers say they spotted him again in a deep-sea camera clip captured earlier this year at a marine park.

The fish is shown in that section swimming in lower depths and wider areas than those in which it lived before.

Scientists once believed this species was a shallow-water fish that lived in sheltered bays, but it has now been found at a depth of 150 meters off the southern coast of the island of Tasmania.

Neville Barrett, a marine biologist and associate professor at the University of Tasmania and lead researcher, said that this discovery is exciting and gives hope that the survival of this species of fish will continue, as it is clear that it has more natural habitats and is more widespread than before.

In this species, the fish has two large “hands” (modified fins) that enable it to “walk” on the sea floor as well as to swim.

Barrett’s team sent a camera attached to a bait in February to the sea floor of Tasman Marine Park to survey coral reefs and spot crabs and other fish species there.

While one of the assistant researchers was inspecting the videos captured by that camera in October, her attention was drawn to the appearance of this distinctive marine creature among a large number of larger marine creatures.

The park, which is a marine reserve the size of Switzerland, is famous for having a long crack in the earth’s crust that allowed the presence of marine life at depths of more than four thousand meters.

This pink fish is one of 14 species of fish with hands that have been spotted in Tasmania, the island state to the south of mainland Australia.

These were the details of the news A rare pink fish “with two hands” appears in Australia after... for this day. We hope that we have succeeded by giving you the full details and information. To follow all our news, you can subscribe to the alerts system or to one of our different systems to provide you with all that is new.