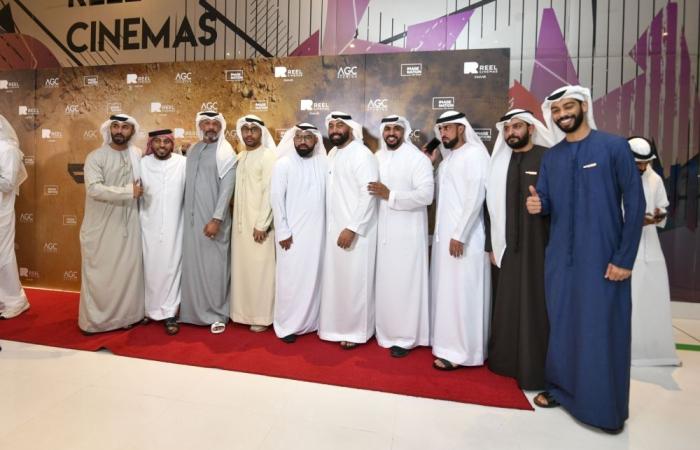 The Emirati film “Al-Ambush”, the social networking site “Twitter”, topped the tag, with views and tweets exceeding “41 million” around the world until the moment of writing this article.

Through the hashtag, the tweeters expressed their pride and pride in the Emirati soldiers who sacrifice their lives in order to defend their homeland and the lofty values ​​they learned in Emirati society, in Dar Zayed, such as brotherhood, courage, sacrifice and patriotism.

The movie “Al-Ambush”, which was shown yesterday, at the “Reel Cinemas Dubai Mall”, in the presence of its heroes and director, and its mass shows will begin next Thursday, is the largest cinematic production in the Arabic language in the Gulf Cooperation Council (GCC) region, and all the scenes of the movie were filmed in the UAE with the participation of actors and crew More than 400 people work.

The film tells a story inspired by a true story revolving around the occurrence of Emirati soldiers in an ambush set by elements of the rebels in a mountain valley, so that this film serves as a message of thanks, gratitude, respect and appreciation for those who risked their lives for the sake of the pride and protection of the homeland and the protection of its people.

AGC International and Image Nation Abu Dhabi released the first trailer for the huge Emirati movie “Ambush”, which tells the facts of a true story to rescue a group of Emirati soldiers who were trapped in an ambush in a mountainous valley under siege by rebel elements.

Al Kamin is the largest Arabic language film production in the GCC region, with a crew of 400 including Emirati stars who play the main roles in the film. All scenes of the movie were filmed in the UAE, and it stars Marwan Abdullah Saleh, Khalifa Al Jassim, and Mohammed Ahmed.

The film is directed by the international French director Pierre Morel, in collaboration with producer Derek Dauche and Jennifer Roth, and written by Brandon Bertel Kateb, Curtis Bertel in cooperation with the brave soldiers of the armed forces who participated in the real facts of the ambush in 2018, which inspired the story of the film. Image Nation Abu Dhabi supported the film with a staff of Emirati filmmakers and cultural advisory staff.

These were the details of the news The Emirati movie “Al-Ambush” topped the social media platforms with 41... for this day. We hope that we have succeeded by giving you the full details and information. To follow all our news, you can subscribe to the alerts system or to one of our different systems to provide you with all that is new.

NEXT Fukushima gets ready to discharge treated water into the sea