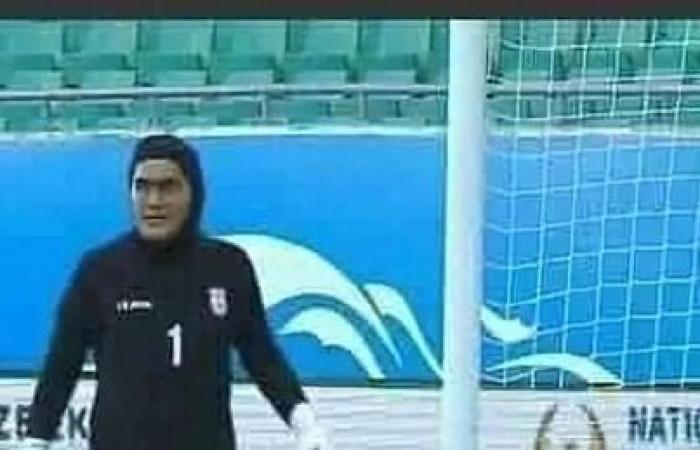 The Jordan Football Association has ended the controversy over what was reported about the Iranian women’s national team goalkeeper’s claim, for a financial compensation of one million dollars, after the Jordanian Federation demanded to verify her gender.

And the pioneers of social networking sites had circulated news that the guard of the Iranian women’s team had submitted a request for a huge financial compensation of one million dollars as a result of the psychological damage inflicted on her and the bullying that occurred to her after the Jordanian Federation asked her Asian counterpart to verify her gender and make sure that she is not a male.

According to the Jordanian Khabarni website, the Jordan Football Association has not received any claims to compensate the Iranian goalkeeper, nor has it received any letter in this regard, despite what is being circulated on social media.
The website confirmed that the AFC’s response to verifying the guard’s gender has not yet reached the Jordanian Federation, contrary to many reports that confirmed that the AFC responded, stressing that the guard is female.
The Jordan Football Association had submitted a complaint to the Asian Football Confederation, to verify the gender of the Iranian goalkeeper, after the Jordanian team failed to reach the Asian Cup finals after losing to Iran on penalties, in which the goalkeeper whose gender was questioned starred.

These were the details of the news Did Iran’s national team goalkeeper demand Jordan to pay a million... for this day. We hope that we have succeeded by giving you the full details and information. To follow all our news, you can subscribe to the alerts system or to one of our different systems to provide you with all that is new.