Kordahi comments on the “end of service gratuity letter” from MBC... 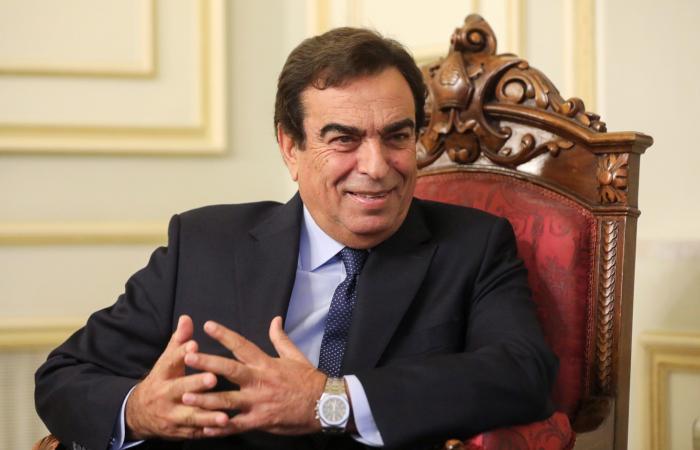 In his first comment on a document that was circulated on social media as a “end-of-service reward” letter from a Saudi institution where he was working, the Lebanese Minister of Information, George Kordahi, confirmed that the document was incorrect and was a “new lie” and a “forged” paper.

A paper titled “End of Service Bonus” was published on social networks, indicating that Qardahi had received $1.8 million in end-of-service reward from his work for the Saudi “MBC” network.

In response to the document, Qardahi explained, through a statement on his Twitter account, that “the parties prejudiced against him from his assumption of the ministry resorted to a new lie, which is a metaphor for a forged paper bearing the signature of Professor Ali Jaber regarding his end-of-service compensation at MBC.”

He said, “It is a mean and ridiculous method in falsifying facts and promoting malicious rumours,” stressing that “this memo is baseless for two main reasons: First, that Ali Jaber did not work at MBC during his working days and even when he finished working at the station, and secondly, that he He has not been an employee of MBC, and he has been working according to contracts related to the programs he offers, since 2002, and he is not entitled to end-of-service compensation.

Qardahi pointed out that “if this method indicates anything, it is the absurdity and contempt of the parties behind spreading such trivial rumours,” as he put it.

Since Qardahi took over the Ministry of Information in the Lebanese government, a diplomatic crisis began between Lebanon and Saudi Arabia against the background of his statements, recorded before he took office, in which he said that the Iranian-backed Houthi rebels in Yemen were “defending themselves” in the face of “external aggression” from Saudi Arabia and the UAE.

In response to the statements, Saudi Arabia summoned its ambassador to Beirut and asked the Lebanese ambassador to leave Riyadh and decided to stop all Lebanese imports to it.

In solidarity with Riyadh, Bahrain and Kuwait took the same step, and the UAE withdrew its diplomats and decided to prevent its citizens from traveling to Lebanon. The Kuwaiti authorities later decided to “get tough” in granting visas to the Lebanese.

The Lebanese government has repeatedly expressed its “rejection” of Qardahi’s statements, and Lebanese Prime Minister Najib Mikati has repeatedly called on him to “give priority to the national interest”, in an implicit reference to his resignation. However, the Minister of Information refused to apologize, and at the beginning of the crisis told a local channel that his resignation was “out of the question”.

These were the details of the news Kordahi comments on the “end of service gratuity letter” from MBC... for this day. We hope that we have succeeded by giving you the full details and information. To follow all our news, you can subscribe to the alerts system or to one of our different systems to provide you with all that is new.