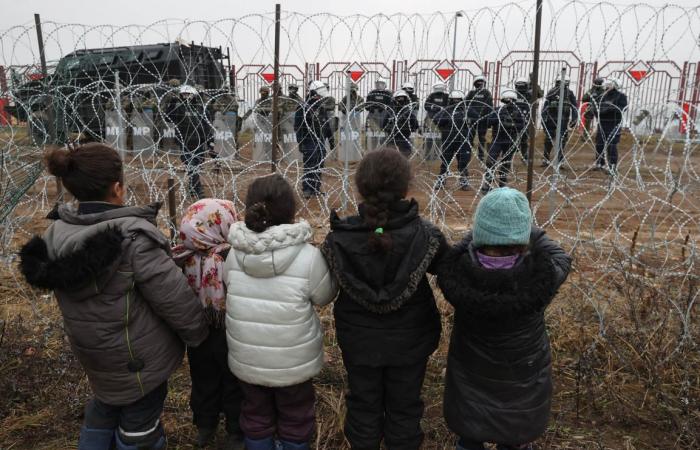 Jeddah - Yasmine El Tohamy - ISLAMABAD: Wildlife activists have raised the alarm over a worrying population decline of Pakistan’s national animal, a majestic horned mountain goat called the markhor, in one of the country’s most important nature havens.

Markhor numbers in Chitral Gol National Park are thought to have halved in the past two years, and locals blame poaching as the primary cause.

Between 2019 and 2020, Pakistani government counts revealed that the number of markhors, or so-called screw-horned goats, in the park had fallen to 2,000. This year, the CGNP Association which is run by the local community in Chitral and comprises community watchers, announced that less than 1,000 markhors remained, and accused poachers of accelerating the decline.

“The government in its own report admitted the population has decreased from 2,865 in 2019 to 2,000 in 2020, which is a significant reduction. But according to our community report, it has reduced to below 1,000,” CGNP Association chairman, Saleemuddin, told Arab News.

“The Ministry of Climate Change has stopped releasing the federal government endowment funds that were used to pay salaries to community watchers, resulting in poaching which has caused a massive decline in the markhor population at the park,” he said.

In 2000, to protect the reserve from poachers, the park recruited wildlife watchers from local communities. In 2019, the markhor population boomed, according to the Khyber Pakhtunkhwa wildlife department.

Now, members of local communities point to poaching in the absence of unpaid community watchers as the key factor behind the huge drop in markhor numbers. The community watchers used to work under government-hired wildlife wardens to protect the endangered large goats from poachers.

However, the government is not convinced that poaching is the problem and has instead identified border fencing along the Pakistan-Afghanistan border as an obstacle to counting markhors in the reserve.

“The markhor used to migrate to Nooristan province in Afghanistan across the Durand Line during summer. Due to fencing along the border, the movement is restricted, which has led to stopping the annual return of markhor to the CGNP.”

The CGNP is one of the prime areas for markhor preservation alongside other national parks, Aslam said, and he hoped that would remain the case through community-based efforts for protection of the endangered species.

“It is part of the PM’s Protected Area Initiative, and I visited the sanctuary last year. It’s a unique habitat with very dedicated wildlife watchers and thus allows confirmed viewing of markhors for visitors,” Aslam added.

He noted that predatory kills of the goat had drastically reduced from 80 hunts in 2016 to only four last year.

The Pakistani Ministry of Climate Change planned to start a markhor population survey after the first heavy snowfall around mid-December, when the animals were restricted to lower elevations, he said. “The total numbers are almost the same but will be verified again in December.”

The markhor has been on the International Union for Conservation of Nature’s red list as “threatened” since 2015.

Meanwhile, Sarmad Hussain Shah, the Khyber Pakhtunkhwa wildlife department’s divisional officer, has suggested that climate change could be behind the markhor population decline in CGNP.

“If there is no high snowfall then these animals do not move down and just remain in high pastures, which is one of the reasons for the reduction in their count,” he told Arab News.

Saleemuddin, however, has dismissed migration and climate change as the causes for the drop in numbers.

“If it (fall in markhor population) was due to migration, it would have also affected the ibex population, but park authorities have shown an increase in ibex numbers during this period,” he said.

The official pointed out that authorities had allowed trophy hunting in other parts of Chitral but not in CGNP, which had reduced community involvement in protecting the markhor against illegal hunting.

The Khyber Pakhtunkhwa wildlife department recently auctioned a permit for trophy hunting of a markhor in Chitral’s Toshi-I game reserve for a record fee of $160,250.

As per the rules, 80 percent of the hunting fee goes to the local community for its welfare and the conservation of local animal species, while the remaining 20 percent is deposited in the national exchequer.

The markhor count survey slated for December will be a starting point to answering some questions about the missing markhors of CNGP, and will involve local communities, the IUCN, World Wildlife Fund, and other research organizations in gathering authentic data for this year.

These were the details of the news EU confirms ‘technical talks’ with Belarus on migrants for this day. We hope that we have succeeded by giving you the full details and information. To follow all our news, you can subscribe to the alerts system or to one of our different systems to provide you with all that is new.