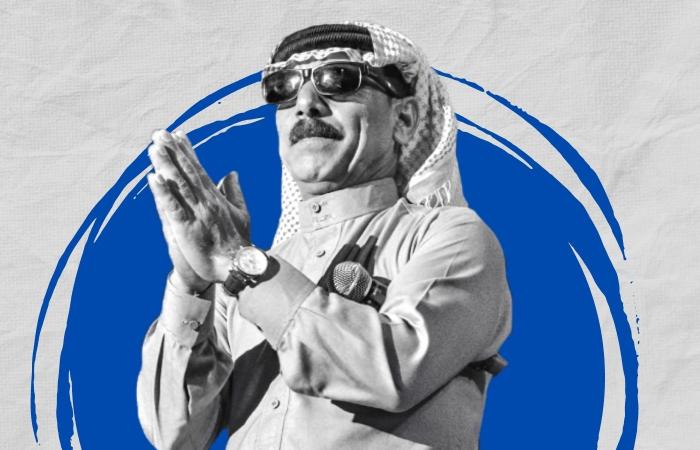 The agency said in her reportThe arrest of Omar al-Masheikh, technically nicknamed Omar Suleiman, came on charges of “belonging to an armed terrorist organization of the Kurdistan Workers’ Party / People’s Protection Units.”

According to the agency, Omar Suleiman first underwent a medical examination at Muhammad Akef Inan Hospital, and then was transferred to the Gendarmerie Command building for interrogation after the authorities received his hospital report.

Andconfirmed Hurriyet newspaper reported the news of Suleiman’s arrest, without mentioning any additional details other than his arrest on charges of “belonging to a terrorist organization.”

The official Turkish media did not report any news about the arrest of singer Omar Suleiman.

Over the past years, Omar Suleiman has emerged as a star through popular music and humorous words in his songs.

The most prominent of his songs that have been listened to by millions on YouTube are “Warni”, “Asmar” and “Salmat My Heart in Your Hands”.

Through his special eastern Syrian dialect, in addition to some Kurdish words, Suleiman was able to win the praise of the famous British musician Damon Albarn, and the attention of Western newspapers, which called him many titles, including “the most relaxed man in the universe” and “techno star,” in A reference to Suleiman’s reliance on “techno” music in his songs.

Suleiman collaborated with international singers to record songs such as “Crystalline” with the famous singer “Bjork”, and he was hired by international music groups, such as the Australian “ACDC” and others.

Suleiman’s works are not without criticism, as some considered that Suleiman does not represent Syrian music and art, which produced musicians and artists such as Malek Jandali and Sabah Fakhri to the world, including the “Syrian Researchers” blog, which considered earlier that Omar Suleiman distorts Syrian art, and what he presents is a phrase About the heritage of the region in which he grew up and distorts it in his own style.

On the other hand, there is a large segment of Syrians who refuse to harm Suleiman, and rejoice when they hear him and consider him a Syrian artist who brings joy to the heart through the popular Dabkeh.

These were the details of the news Turkish agency: “Turkish gendarmerie” arrests Syrian singer Omar Suleiman for this day. We hope that we have succeeded by giving you the full details and information. To follow all our news, you can subscribe to the alerts system or to one of our different systems to provide you with all that is new.