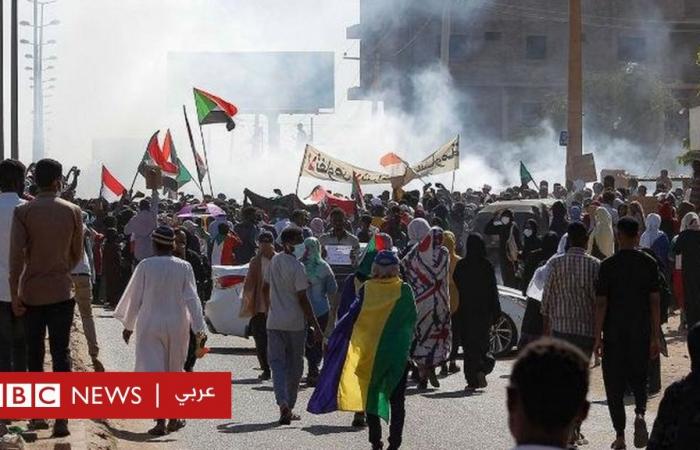 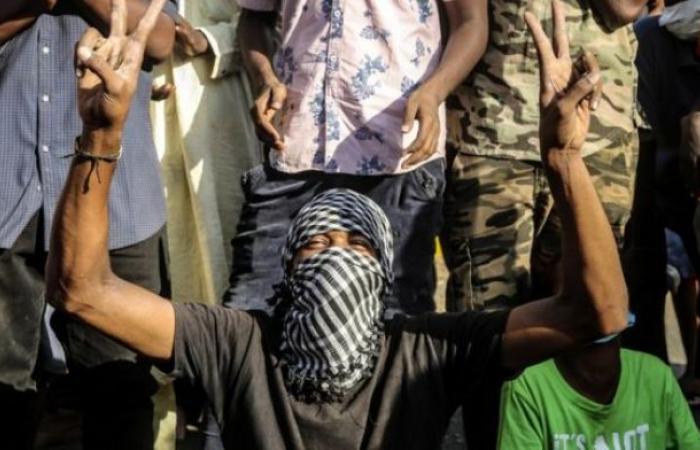 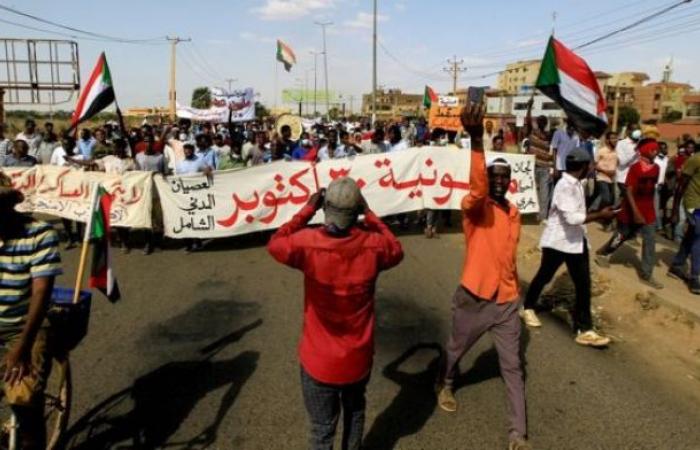 Security forces in the Sudanese capital, Khartoum, used tear gas to break up new protests against the military coup. Authorities cut phone and internet lines, and blocked bridges in an attempt to prevent people from gathering. Activists called people across the country to take to the streets to celebrate the day that was supposed to Last week, the army chief, Abdel Fattah al-Burhan, who led the coup, appointed himself head of the new Sovereignty Council. And doctors say that since the army seized power, at least 24 people have been killed during the protests.

This comes with a continuous suspension of Internet service since the twenty-fifth of last October, despite a court ruling obligating telecommunications companies to restore service.

Since the internet was cut off, calls to demonstrate on doorsteps, phone calls, and leaflet distribution have relied.

Security forces were deployed in the city extensively in anticipation of the demonstrations.

Protest groups known as the “resistance committees” and the Forces for Freedom and Change called for protests on 17 November to demand the return of civilian government and the release of former officials arrested after the October 25 military coup.

“The Sudanese authorities announced the closure of four bridges in Khartoum, starting from midnight on Tuesday/Wednesday, hours before the start of the demonstrations calling for the return of civilian rule,” local websites reported, quoting state television.

The website added, “The official Sudan TV quoted the government’s Traffic Department as announcing the closure of four of the 10 bridges linking the cities of Khartoum, Bahri and Omdurman.”

The Sudanese Congress Party said that military forces arrested one of its leaders at dawn and took him to an unknown location.

The party said in a statement that a security force stormed the house of Nour El-Din Salah El-Din, who is also a leader in the Forces of Freedom and Change, at about one oclock this morning.

The statement condemned the arrest of Salah El-Din, blaming the army leaders who seized power for his safety and the safety of all political detainees, according to the statement.

The statement called on the demonstrators to participate in the protests today to restore civilian rule.

So far, at least 24 people have been killed in anti-coup protests since the army toppled the government of Prime Minister Abdalla Hamdok.

The Sudanese Doctors Committee announced on Tuesday that the death toll from the demonstrations had risen since Al-Burhan declared control of power to 24, after the death of a protester from his gunshot wound.

The coup leader, General Abdel Fattah al-Burhan, appointed a new sovereign council on November 11, but the move was rejected by the ousted civilian government and the international community.

The new Sovereignty Council is expected to appoint a prime minister, who will then form a civilian government.

US Assistant Secretary of State Molly V, who visited Khartoum yesterday, said that she had met with Sudanese Prime Minister Abdalla Hamdok.

But no more details were published about this meeting and what took place in it.

And local media quoted a member of the Sovereign Council in Sudan that Hamdok and other detainees will be released within a day or two, but the BBC was not able to confirm this.

Hamdok has been under house arrest since the army seized power on October 25.

Molly in also met with the commander of the army, Lieutenant General Abdel Fattah Al-Burhan, and it was said that Al-Burhan told her that the steps for releasing political detainees who were arrested during the army’s seizure of power had begun, according to the official Sudanese News Agency (SUNA).

But the release will not include those facing criminal charges.

The US embassy said Molly also met with Maryam al-Mahdi, the secretary of state in the administration Burhan dissolved, “to demonstrate US support for the civilian-led transition.”

A number of professional groups, including doctors and journalists, have staged protests in recent days.

Hundreds of thousands of protesters went out in demonstrations across Sudan on Saturday, facing tear gas and shooting from security forces.

These were the details of the news Sudan coup: Security forces confront new demonstrations with tear gas, cut... for this day. We hope that we have succeeded by giving you the full details and information. To follow all our news, you can subscribe to the alerts system or to one of our different systems to provide you with all that is new.