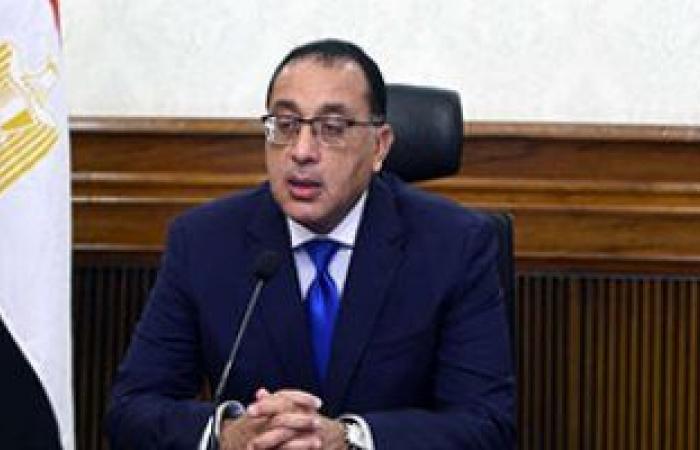 During the past hours, “The Seventh Day” published a number of news, in the forefront of which the Prime Minister praises the historic decision of the President to cancel the emergency: It reflects the stability of the situation. The President of the Republic, by canceling the extension of the state of emergency throughout the country, which reflects the stability of the situation in Egypt, and represents a very good message to the whole world, noting that this decision had a broad positive resonance at the level of the whole world, especially in light of the state of instability that the country is witnessing. our area.

The Prime Minister praises the President’s historic decision to cancel the emergency: it reflects the stability of the situation

Dr. Mostafa Madbouly, Prime Minister, praised, during today’s government meeting, the historic decision taken by President Abdel Fattah El-Sisi, President of the Republic, to cancel the extension of the state of emergency throughout the country, which reflects the stability of the situation in Egypt, and represents a very good message to the whole world, noting This decision had a broad positive resonance at the whole world level, especially in light of the instability in our region.

A year imprisonment for a press phone thief, on the seventh day, on the ring road in Shubra El-Kheima

The Shubra El-Kheima Criminal Court sentenced a press phone thief to one year in prison, on the seventh day, in the Bahtim area, above the ring road in the Shubra El-Kheima Police Department, while providing a live broadcast to cover the earthquake that occurred in the governorates of Greater Cairo last week, and a month and a bail of 100 pounds for the second accused of a dealer. Mobile shop owner“.

The Council of Ministers approves 5 decisions, including the basic conditions for 5 petroleum agreements

Brighton coach: Mohamed Salah is not world-class but is a player from outside the globe

Brighton coach Graham Potter praised the Egyptian star Mohamed Salah, the Liverpool striker, before facing the two teams, Saturday evening, at “Anfield”, in the matches of the tenth round of the English Premier League competitions for the current season..

The matches of the first round of the life of the general league competition produced several new phenomena from the beginning of the competition in the past seasons, after the matches were strong and the club and excitement emerged from the opening round, and resulted in strong confrontations and a high scoring outcome that exceeded twenty goals..

Cristiano Ronaldo announces Georgina is pregnant with twins: We can’t wait to see them

Manchester United star Cristiano Ronald announced that he was expecting two twin children from his girlfriend Georgina Rodriguez, and published a photo of the sonar, to announce Georginas pregnancy through his official account on Instagram..

On the seventh day, monitoring the ongoing development work in the village of Fustat in Old Cairo, south of Cairo, which is being implemented in preparation for the opening of the village and the promotion of its products through the establishment of an exhibition and a pottery festival within days..

RCD: Legal measures to preserve our rights in the documentary film “Who saved it”»

Network channels confirmed DMCShe is the producer and owner of the documentary film “Who Saved It”, which reviews the achievements of the Egyptian state in developing slums and unsafe areas, following up that everything issued by one of the film’s guests who heads one of the bodies is “incorrect, and is considered a public theft.”».

Finance: Launching a fourth phase of “immediate cash payment” to support exporters, on the first of November

Dr. Mohamed Maait, Minister of Finance, affirmed that in implementation of the presidential directives to support the export sector and to quickly respond to late export burdens, given the noticeable demand for the “immediate cash payment” initiative during the previous three phases; The government decided to launch a fourth phase of this initiative, starting from the beginning of next month, in a way that contributes to providing cash liquidity that enables exporters to fulfill their obligations towards their customers and preserve employment in light of the repercussions of the “Corona pandemic.” To ensure maximizing the state’s production capabilities, enhancing the competitiveness of Egyptian products in global markets, advancing the national economy, and raising growth rates; To achieve the goals of comprehensive and sustainable development.

The activities of the joint Egyptian-Sudanese training “Guard of the South – 1”, which was carried out by the Egyptian border guards and the Sudanese infantry trained in border security tasks over several days, were concluded at the Mohamed Naguib Military Base, which comes within the framework of the joint training plan of the armed forces of both friendly countries with the aim of strengthening aspects of Partnership and military cooperation and support efforts for security and stability in the region .

Ahmed El-Sobky, Chairman of the Board of Directors of the General Authority for Health Care, Assistant Minister of Health and Population, and General Supervisor of the Comprehensive Health Insurance Project, announced the termination of the treatment system at state expense and the old health insurance in Luxor Governorate, noting that the health insurance system will be completely relied upon. The new comprehensive and its comprehensive and distinctive treatment programs in Luxor.

Prime Minister Mostafa Madbouly witnessed today at the Cabinet headquarters the signing ceremony of a cooperation protocol between the ministries of Planning and Economic Development, and Housing, Utilities and Urban Communities (represented by the New Urban Communities Authority), regarding the development of a mechanism for managing and following up on the mechanization and development of government services provided in technology centers. As well as achieving integration in the spatial databases of the new cities that have been implemented and ensuring their sustainability, in addition to completing the development of citizens’ services in the rest of the new urban cities devices.

English: An Ethiopian raid on the Tigray region and reports of deaths, including children

Al Arabiya TV reported in urgent news, that the Ethiopian army carried out a new air raid on the Tigray region, amid reports of deaths, including children..

The Ministry of Health and Population announced that 8,124 cases were received in clinics designated to receive children with muscular atrophy, at the level of the Republic, within the framework of the initiative of the President of the Republic to treat patients with spinal muscular atrophy in Egypt, and to provide medical service by providing genetic treatment for injured children. Since the launch of the initiative last July.

Faten Moussa: Mustafa Fahmy divorced me in absentia, and I learned the news from the lawyer and social media

The media, Faten Moussa, confirmed that she had received the news of her divorce from the artist, Mustafa Fahmy, through the lawyer, Sana Lahsi, and the social media, saying: “I learned of the absentee divorce from her and from the social media, and I was surprised by the news, just like all the public and the media scene last night.“.

FIFA approved FIFA The match between Egypt and Gabon at the end of the sixth African group for the World Cup qualifiers will be held at 3 pm on November 16, instead of 9 pm on November 15.

The fall of a new part of the cone of the La Palma volcano with 60 new earthquakes.. Photos and video

La Palma volcano has entered a new phase with the fall of a new part of the main cone and the expansion of the lava area to 911.6 hectares, an increase of 3.4 from the previous calculation that was made yesterday, Wednesday, according to the Spanish newspaper “Confidencial”.

These were the details of the news Egypt’s news today.. The Prime Minister praises the president’s historic decision... for this day. We hope that we have succeeded by giving you the full details and information. To follow all our news, you can subscribe to the alerts system or to one of our different systems to provide you with all that is new. 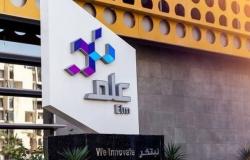