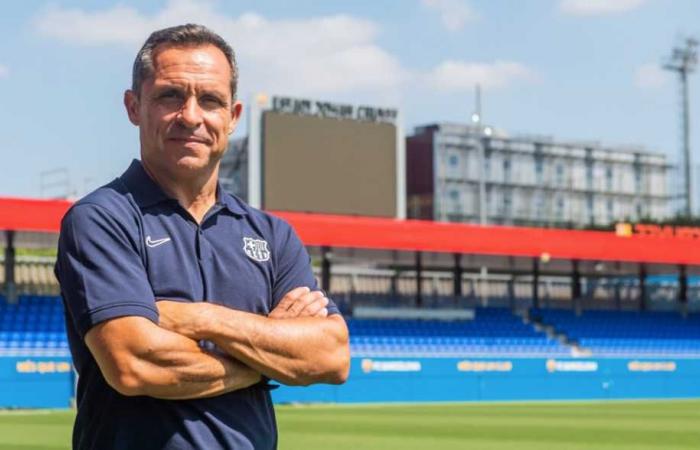 Barcelona announced that Sergi Barjuan will take over the technical leadership of the team, replacing Ronald Koeman temporarily, until the appointment of a technical director.

Barjuan leads the Barcelona B team, which plays in the third division at the present time.

Barcelona had announced the dismissal of coach Ronald Koeman yesterday evening, Wednesday, due to poor results.

Barjuan is leading Barcelonas training Thursday evening, in preparation for the upcoming matches.

Barjuan will appear in a conference presented to reporters at noon tomorrow, Friday, in preparation for leading the team in the next match.

Barcelona will host Alaves in the twelfth round of the Spanish League.

Barcelona occupies ninth place in the table with 15 points, and the team lost in the last two matches in the competition.

Koeman had coached Barcelona since the beginning of last season.

Under his leadership, Barcelona scored 141 goals and received 77.

Under Koeman’s leadership, Barcelona only won the Spanish Cup.

Barcelona lost the El Clasico at Camp Nou in the last round, with two goals to one.

In the Champions League, he lost his first two matches and did not score a goal against Bayern Munich and Benfica, before narrowly beating Dynamo Kiev.

These were the details of the news FilGoal | News | Barcelona announces that Sergi Barjuan... for this day. We hope that we have succeeded by giving you the full details and information. To follow all our news, you can subscribe to the alerts system or to one of our different systems to provide you with all that is new.