“Thousands of bodies on the beach” .. Finding a huge number... 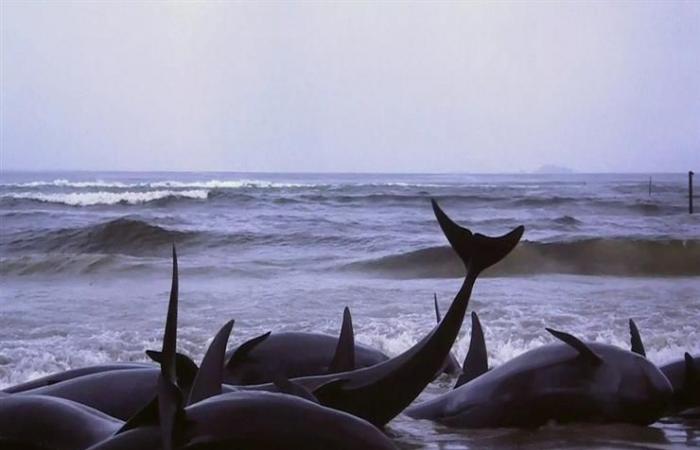 The British authorities have opened an investigation, after thousands of dead creatures were washed away by the sea on the beaches of northeastern England, with the aim of revealing the causes of the disturbing phenomenon.

The British Environment Agency told CNN that it was working with several others to investigate why the carcasses of thousands of animals, including hundreds of crabs, were washed up along the shore in the Tees Estuary and nearby beaches. , as well as large quantities of plants and seaweed.

The Center for the Environment, Fisheries and Aquaculture and the North East Coastal Fisheries Conservation Authority in Britain are involved in the investigation.

“Samples of water, sediment, mussels and crabs were collected and sent for analysis, to look at whether pollution contributed to their deaths,” an Environment Agency spokesman said.

CNN quoted eyewitnesses as saying that they had seen an “accumulation of soft crustaceans” on the beaches in the past few weeks.

Witnesses added that heaps of seaweed could also be seen piled up to waist level, and on top of them were thousands of crustaceans.

“The smell was so awful,” they explained, as the animal carcasses began to decompose.

These were the details of the news “Thousands of bodies on the beach” .. Finding a huge number... for this day. We hope that we have succeeded by giving you the full details and information. To follow all our news, you can subscribe to the alerts system or to one of our different systems to provide you with all that is new.