The White House, addressing Iran: The window is not unlimited, and... 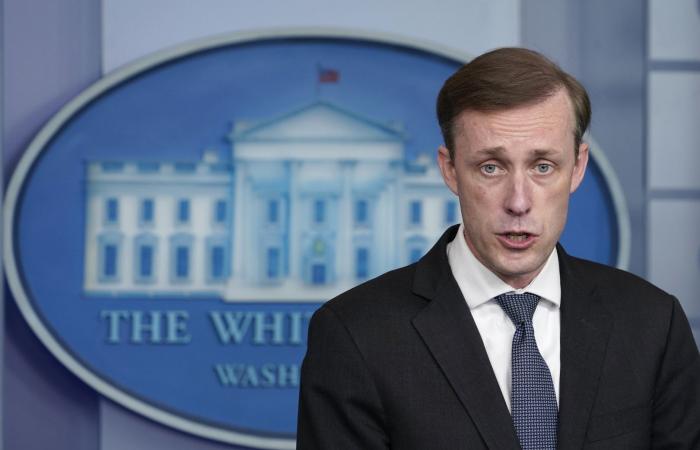 The White House announced that its priority in the Iranian nuclear file lies in returning to the dialogue table, but Washington reserves all options to deal with Tehran’s nuclear program “as appropriate.”

The US National Security Adviser, Jake Sullivan, said during a press briefing held yesterday, Wednesday, and published its text on the White House website, that the administration of President Joe Biden is closely following the steps taken by Iran to develop its nuclear program outside the framework of the 2015 nuclear agreement, expressing concern Washington on this.

He continued: “Under the Joint Comprehensive Plan of Action, there were tangible and substantial restrictions on this program and we put a ceiling on it, and now we cannot do that, because we no longer have this agreement, and therefore our first and highest priority is to return to the table and return to an agreement that actually places a ceiling on the program.” Nuclear Iran.

Sullivan pointed out that President Biden seeks to coordinate closely with the European partners participating in the nuclear talks, stressing that the talk is about a “united front after four years of disagreements” during the era of former US President Donald Trump.

“We will send clear messages to the Iranians, as we have done in recent months, that this window is not limitless, that we need to see a return to the diplomatic table, and that we naturally reserve all options for dealing with this program, as appropriate,” he said.

In turn, White House spokeswoman Jen Psaki confirmed that the Biden administration is aware of the announcement by Iranian Deputy Foreign Minister Ali Bagheri, via Twitter, that the nuclear talks will resume by the end of November, and the date is expected to be determined next week, indicating Washington is waiting Confirmation from European officials on whether Tehran is really ready to return to the dialogue table.

These were the details of the news The White House, addressing Iran: The window is not unlimited, and... for this day. We hope that we have succeeded by giving you the full details and information. To follow all our news, you can subscribe to the alerts system or to one of our different systems to provide you with all that is new.