What does the suspension of Sudan’s participation in the African Union... 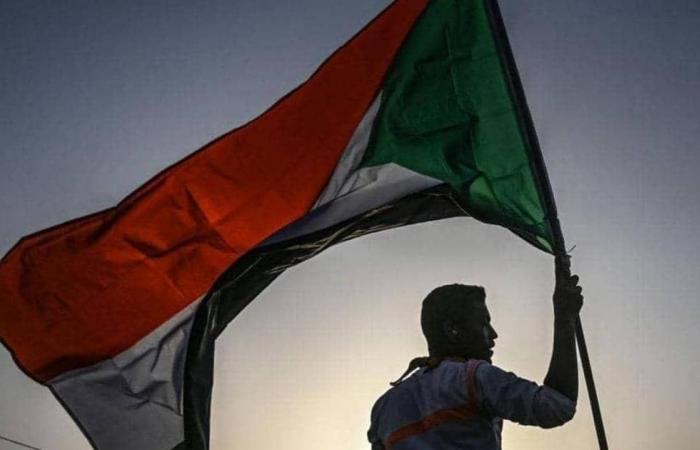 And Wednesday, announced the African Union In a statement, he commented on a post Sudan In all activities until the return of civilian-led power.

And the union condemned in a statement, “strongly control sudanese army authority and dissolving the transitional government and completely rejecting the unconstitutional change of government,” which he considered “unacceptable” and “an insult to the common values ​​and democratic standards of the African Union.”

In a statement, the Head of the Union Commission, Musa Faki Mohamed, called for the release of political leaders in Sudan and respect for human rights, stressing the importance of “resuming talks between the army and the civilian wing of the transitional government within the framework of the political declaration and the constitutional decree.”

Professor of International Law Ibrahim Ahmed explains to “Sky News Arabia” the repercussions of the African Union’s suspension of Sudan’s membership, explaining that the Union is a regional international organization and includes African countries as members, and the issue of “suspension of membership” comes in certain cases, such as the current situation in Sudan.

He points out that “the suspension of membership occurs when any of the countries in the organization violates the membership requirements, which affects the possibility of continuing that membership, or the state’s presence in internal conditions and developments that contradict its status and do not enable it to perform its duties or function as a member of the organization,” noting that “the situation In Sudan, it raises widespread confusion and concern, especially after the recent developments during the past two days, and the change of authority that manages the scene in this way in the country, and hence the decision to suspend.”

And in June 2019, the African Union announced the suspension of Sudan’s membership in all of the union’s activities, after an escalation of violence, and the union pledged Sudan’s return to the formation of a transitional council led by civilians.

After 3 months of the freeze, specifically in the first week of September 2019, the union canceled the freeze, following Khartoum’s announcement of the formation of the first government since the overthrow of President Omar al-Bashir’s regime.

The decision of the new African Union is seen as a clear and emphatic symbolic political message to reject the developments taking place in the country.

According to the professor of international law, the suspension of membership does not mean that the African Union withdraws its hand from the scene or abandons its supportive and supportive role for the security and stability of Sudan or any country whose membership has been suspended; This is because membership is linked to representing the political system and filling its country’s seat in the union, and not linked to the union’s duties and political role.

He says that what Sudan witnessed in terms of sharp political divisions and tensions that resulted in the recent developments contributed to a state of anxiety due to the repercussions of the instability in the country, and the security and political situation, stressing that “the suspension of membership is usually temporary and is linked and depends on the situation in the country and the extent of its commitment.” And the consequences of that situation.”

In a related context, the Vice-President of the Egyptian Council for African Affairs, Ambassador Salah Halima, said in statements to “Sky News Arabia” that the regional and international positions that besiege Sudan, as well as the reactions from sectors of the Sudanese people, especially those representing political parties, confirm that “There is widespread concern about the possible consequences of the current situation inside Sudan,” explaining that “there may be interference by neighboring countries such as Egypt to mediate and calm down, with the possibility of containing the situation in a way that restores security and stability to Sudan.”

The statement of the President of the Sovereign Council, Abdel Fattah Al-Burhan, created a new situation regarding the transitional period, perhaps one of its most prominent features is the declaration of a state of emergency, the dissolution of the Sovereignty Council and the Ministers, and the freezing of some provisions in the constitutional document, and this matter in its entirety gives an impression of the seriousness of what is happening, according to Halima, who points to Al-Burhan’s statement indicated a commitment to the Constitutional Document and the Juba Peace Agreement, as well as a commitment to form structures and institutions that should have been formed before, no later than next November, including the Legislative Council, provided that there is a government of competencies and not a government of political allotments, in which the spectrum of the people is taken care of. Sudanese regions, and so on.

He points out that the current situation indicates that “there is a commitment to the path, but in another way, with a military component in a different sense than what is contained in the constitutional document.”

These were the details of the news What does the suspension of Sudan’s participation in the African Union... for this day. We hope that we have succeeded by giving you the full details and information. To follow all our news, you can subscribe to the alerts system or to one of our different systems to provide you with all that is new.