The European Union fines Poland one million euros a day.. What... 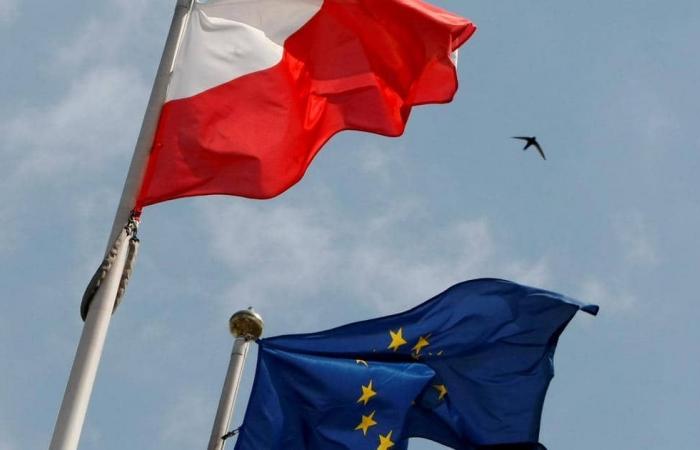 This decision punishes Poland’s failure to comply with a ruling of the Court of Justice of the European Union, which ordered on July 14 the immediate cessation of the activities of the disciplinary chamber of the Polish Supreme Court.

In its first reaction, Warsaw accused the court of “exceeding and abusing its powers” in matters of financial sanctions, in the words of Minister of State for Justice Sebastian Kalita.

He was the head of the conservative nationalist Polish government Mathews Moraviki He pledged last August to scrap this room, but it remains active.

Created as part of a controversial reform of Poland’s judiciary, this body is responsible for overseeing judges with the power to waive their immunity for criminal prosecution or reduce their salaries.

It was a court of justice European Union It held in July that this chamber “does not offer all guarantees of impartiality and independence”, and that it “is not immune to direct or indirect influences from the legislative and executive branches”.

The court said, on Wednesday, that “compliance with the interim measures issued on July 14 is necessary to avoid serious and irreparable harm to the legal system of the European Union, as well as to the values ​​on which this union was founded, in particular those of the rule of law.”

The European Commission had called for a financial penalty on the seventh of last September on the grounds that “the judicial systems in the European Union must be independent and fair.”

These were the details of the news The European Union fines Poland one million euros a day.. What... for this day. We hope that we have succeeded by giving you the full details and information. To follow all our news, you can subscribe to the alerts system or to one of our different systems to provide you with all that is new.