For private sector employees, this is how the minimum wage will... 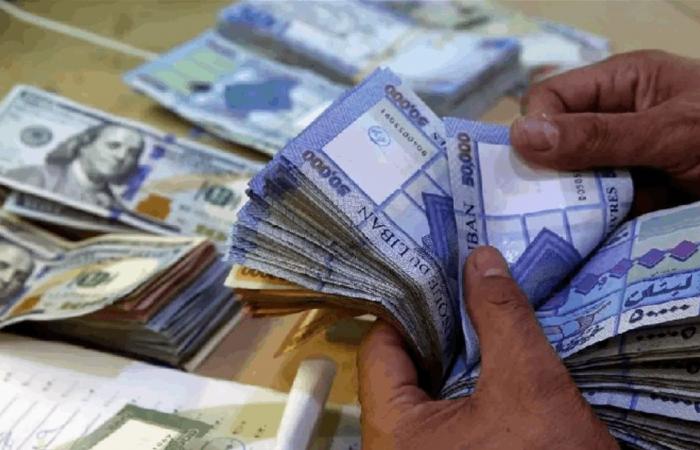 I wrote my price in “Republic“The Index Committee, in its meeting yesterday, did not resolve the issue of raising wages and transportation allowance, but general principles were agreed upon. From the discussions, it was found that the preliminary figures were agreed upon in advance with the Prime Minister, and therefore if they were implemented, this means that the minimum wage may rise to Two million Syrian pounds, in addition to the transportation allowance, which may reach one million and 400 thousand pounds per month.

The Minister of Labor, Mustafa Bayram, chaired yesterday the first meeting of the Index Committee, to consider the treatment of salaries and wages for workers in the private sector.

The Minister of Labor stressed that wages must be corrected and the minimum wage raised according to inflation rates, high prices and the cost of living, which requires careful and detailed studies and time for approval, with the necessity of unifying exchange rates. Therefore, raising the minimum wage is not currently possible, and in return, temporary solutions will be devised in response to the economic emergency, taking into account the accuracy of the stage, state finances, employers, companies and institutions, and the miserable situation of workers at the social level..

A consensus was reached between employers and workers to raise the daily transportation allowance in the private sector from 24,000 pounds to 65,000 pounds, but the Minister of Labor stressed the adoption of the daily transportation allowance in the private sector in a unified manner with the public sector, according to what the Lebanese government will decide.. It was also agreed between the two production parties to raise school grants in relation to the public school for each child from 400,000 pounds to one million pounds. In private schools, the grant value will be raised for each child from 750,000 liras to two million liras .

As for the monthly emergency aid that was decided to be granted to private sector employees, a dispute arose between the General Labor Union and the economic authorities over the value of this assistance, as the “workers” insisted that it be two million pounds in addition to the monthly salary, and the employers said that it was not the agreement that took place with Prime Minister, and that they want to give those who earn only the minimum wage an additional amount of one million and 300 thousand pounds. The Minister of Labor objected to a proposal to give all private sector employees whose salaries do not exceed 4 million pounds, an additional 1,300,000 pounds per month, regardless of the halves. Since the concerned parties did not resolve the discussion about the value of the monthly aid, the agreement on it was postponed to the next session of the Index Committee, which was set next Wednesday..

In the event that a consensus is reached during next week’s session to give an additional 1.3 million pounds per month to private sector employees and raise the daily transportation allowance, the minimum wage will become two million pounds, in addition to about 1,400,000 pounds per month as a transportation allowance, meaning that the minimum wage in The private sector will become 3 million and 400 thousand pounds per month, which is equivalent to 170 dollars at present. A decree will also be issued for those decisions, and it must be referred to the Council of Ministers for approval. And if Cabinet sessions continue to be suspended, support for private sector employees will also be suspended until further notice..

These were the details of the news For private sector employees, this is how the minimum wage will... for this day. We hope that we have succeeded by giving you the full details and information. To follow all our news, you can subscribe to the alerts system or to one of our different systems to provide you with all that is new.