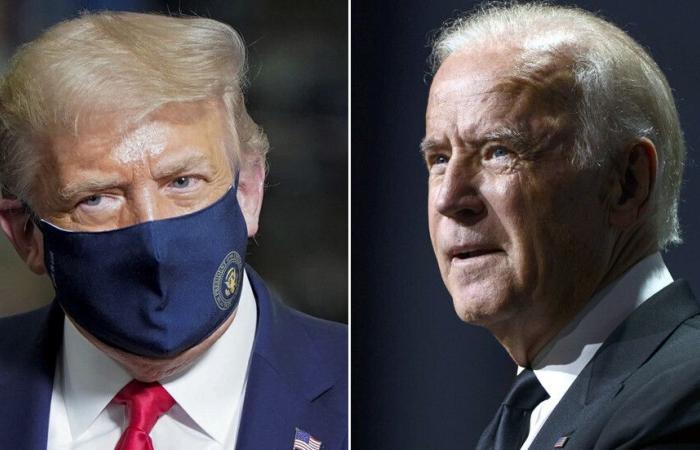 US President Joe Biden focused on his predecessor, Donald Trump, in a Virginia speech to Democratic gubernatorial candidate Terry McAuliffe.

Biden mentioned Trump by name 24 times during a quick 17-minute speech in a park near the Pentagon in northern Virginia, in an attempt to use his predecessor’s legacy to attack Republican Glenn Yongkin’s rival Terry McAuliffe.

Trump neither campaigned for Yongkin nor endorsed him in the race, but the sudden narrow competition in Virginia with Yongkin has become a test of Biden’s political strength ahead of next year’s midterm elections and the possibility of a new round with Trump in the presidential race in 2024, which comes as Biden’s approval ratings and opinion polls plummet. On the main issues, according to the American newspaper “New York Post”.

The Virginia race has focused heavily on Biden as his approval ratings plummet as a result of rising inflation and supply chain throttling in the wake of the chaotic withdrawal from Afghanistan, the continuing border crisis with Mexico and the resurgence of COVID-19 infections caused by the highly contagious delta variant.

The Virginia gubernatorial race and next week’s gubernatorial contest in New Jersey are also seen as a test of support for national Democrats.

Biden criticized former President Trump and accused him of inciting riots at the Capitol on January 6, and Biden also rejected Trump’s position on disparaging former Secretary of State Colin Powell and Senator John McCain after their deaths.

Biden seemed to mock Trump, who boasted a lot about low unemployment rates before the Corona pandemic, saying, “Donald Trump is the only president since Herbert Hoover in the thirties who has seen more jobs lost than gained.”

“Youngkin will not allow Donald Trump to campaign for him in this state,” Biden said. “He is willing to pledge loyalty to Trump in private, so why not in public? What is he trying to hide? Is there a problem with Trump here? Is he Embarrassed?”.

These were the details of the news Biden mentions Trump 24 times in 17-minute speech in Virginia (video) for this day. We hope that we have succeeded by giving you the full details and information. To follow all our news, you can subscribe to the alerts system or to one of our different systems to provide you with all that is new.