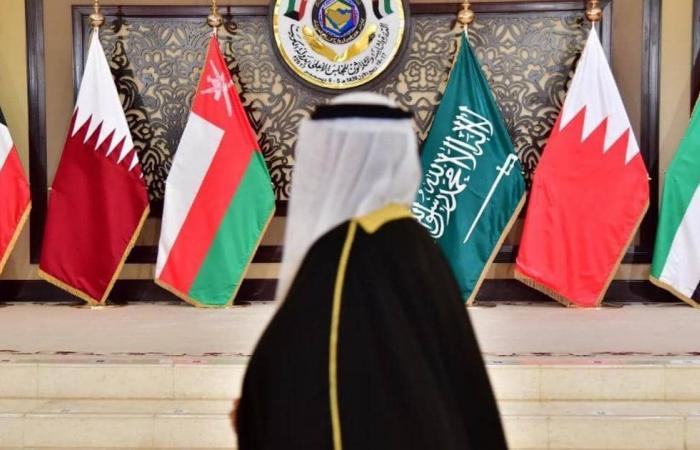 Several countries and organizations condemned the statements issued by Qardahi, which placed him in the category of defenders of the Houthi militia, which is backed by Iran.

Mikati said, in a statement published by the National News Agency: “With regard to the words of Minister of Information George Qardahi, which are being circulated, and which are included in an interview with him several weeks before assuming his ministerial position, it is rejected and does not express the government’s position at all, especially with regard to The Yemeni issue and Lebanon’s relations with its Arab brothers, specifically the brothers in the Kingdom of Saudi Arabia and the rest of the Gulf Cooperation Council.”

In the aftermath, the Saudi Ministry of Foreign Affairs announced that it had summoned the Lebanese ambassador to protest against Qardahi’s statements.

وكتبت Saudi Foreign MinistryOn her official account on the siteTwitterThe Ministry of Foreign Affairs summons an ambassador Lebanon RepublicThe Kingdom has received an official protest note after the abusive statements issued by the Lebanese Minister of Information regarding the efforts of The Coalition to Support Legitimacy in Yemen“.

The statement stated: “The Ministry of Foreign Affairs expresses its regret for the insults contained in these statements towards the Kingdom and the countries of the coalition to support legitimacy in Yemen, which is a clear bias. Houthi terrorist militiathreatening the security and stability of the region.

The Saudi Foreign Ministry affirmed that “Qardahi’s statements contradict the simplest political norms and are inconsistent with the historical relations between the two brotherly peoples.”

And she continued, “Given the repercussions of these offensive statements on the relations between the two countries, the Ministry of Foreign Affairs summoned the Ambassador of the Lebanese Republic to the Kingdom of Saudi Arabia, and he handed him an official protest note in this regard.”

For its part, the UAE strongly condemned the statements made by the Lebanese Minister of Information against the coalition to support legitimacy led by the Kingdom of Saudi Arabia in Yemen.

The Ministry of Foreign Affairs and International Cooperation expressed its “strong condemnation and indignation at these disgraceful and biased statements made by George Kordahi The Minister of Information of the Lebanese Republic, which offended the countries of the Coalition to Support Legitimacy in Lebanon To whom“, according to the Emirates News Agency.

The Ministry of Foreign Affairs and International Cooperation summoned “the Lebanese ambassador to the country and informed him of its protest and denunciation of these statements, which are rhetoric that contradicts diplomatic norms and the history of Lebanon’s relations with the countries of the Arab coalition to support legitimacy in Yemen, and reflect Lebanon’s growing distance from its Arab brothers.”

The Kuwaiti Ministry of Foreign Affairs also announced, on Wednesday, the summoning of the Lebanese Charge d’Affairs, saying:In a statement today, the Ministry of Foreign Affairs expressed its condemnation and rejection of a state Kuwait “I strongly condemn the media statements issued by the Lebanese Minister of Information towards the two sisterly Kingdom of Saudi Arabia and the United Arab Emirates, in which he accused the two brotherly countries of false accusations that contradict the great and appreciative role they play in supporting Yemen and its people.”

The statement highlighted that the statements Qardahi“It did not reflect the true reality of the current situation in Yemen, and it is considered a departure from the official position of the Lebanese government and neglects the pivotal role of the Kingdom of Saudi Arabia and the State of UAEThe United Arab Emirates and the Arab Coalition to Support Legitimacy in Yemen.

In its memo, the ministry confirmed that the crimes and violations committed by the terrorist Houthi group against the Republic of Yemen and its brotherly people, and its continuous attacks on the Kingdom of Saudi Arabia, since its illegal coup against the government, refute these irresponsible statements that violated diplomatic norms, and represented an intentional offense to the countries of the coalition to support legitimacy. In Yemen, it ignored the principles and values ​​that govern fraternal relations between Arab countries.

For his part, the Yemeni Minister of Foreign Affairs, Ahmed bin Mubarak, issued directives to the Yemeni ambassador to Yemen BeirutBy handing over a letter of condemnation to the Lebanese Foreign Ministry regarding Qardahi’s statements.

Bin Mubarak said that these statements are a departure from the clear Lebanese position towardsTo whomIts condemnation of the Houthi coup and its support for all relevant Arab and UN resolutions.

The Secretary-General of the Cooperation Council for the Arab States of the Gulf, Nayef Falah Mubarak Al-Hajraf, also expressed his total and complete rejection of the statements of the Lebanese Minister of Information, which he said reflect a short understanding and a superficial reading of the events in Yemen.

The Secretary-General demanded Lebanese Minister of Information By referring to historical facts and reading their sequence, it becomes clear to him the size of the great support provided by the Arab coalition countries led by Saudi Arabia to support legitimacy for the Yemeni people in all fields and fields, with the aim of reaching a comprehensive solution to the Yemeni crisis in accordance with the three references represented by the Gulf initiative and its executive mechanism, the outcomes of the Yemeni dialogue, and the decision of the Council of Ministers. Security No. 2216.

These were the details of the news A broad Gulf condemnation of Qardahi’s statements regarding the Yemen crisis for this day. We hope that we have succeeded by giving you the full details and information. To follow all our news, you can subscribe to the alerts system or to one of our different systems to provide you with all that is new.