After summoning the Lebanese ambassador to it… Qirdahi sends a message... 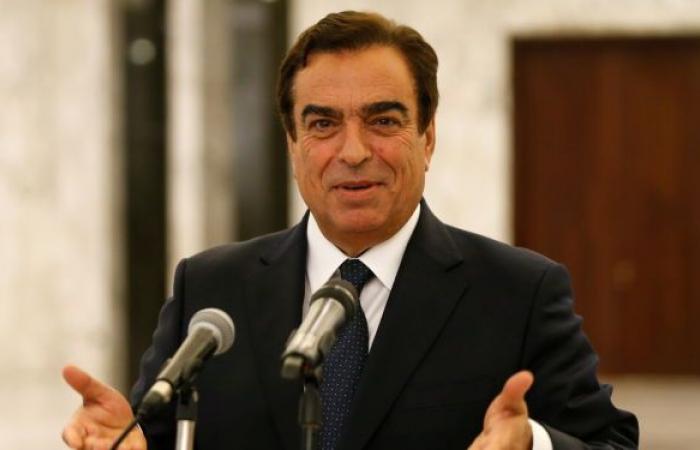 The Lebanese Minister of Information, George Kordahi, sent an indirect message to Saudi Arabia, after it summoned the Beirut ambassador to it, in protest of his statements regarding the war in Yemen.

Qardahi said in a statement The official Lebanese news agencyThis evening, Wednesday, he is committed to the Lebanese government’s foreign policy, especially with regard to “preserving the best relations with the brotherly Arab countries, especially the Kingdom of Saudi Arabia, the Gulf states and Yemen, for which I and their peoples have a special affection.”

He added, “As for the interview that Al Jazeera Online gave me, which was broadcast two days ago, it dates back to the fifth of August, in Istanbul, that is, weeks before the formation of the government and I gave it in particular.”

Qardahi concluded his statement by saying: “The issue of apology remains. I have the moral courage to apologize for a mistake I made while I was in the ministry in an official capacity.”

Earlier today, it announced theSaudi Ministry of Foreign AffairsThe Lebanese ambassador to Riyadh, Fawzi Kabbara, was summoned to hand him an official protest note against the “offensive statements” issued by George Kordahi.

On Monday, statements made by Qardahi before he assumed the position of Minister of Information in the Lebanese government were revealed, in which he says that the Yemeni pro-Iranian “Ansar Allah” group is defending itself.

Qardahi said in a televised interview that “Ansar Allah group has been defending itself in the face of external aggression against Yemen for years.”

He added, “There is no comparison between Hezbollah’s effort to liberate Lebanese land and the Houthis’ defense of themselves in the face of external aggression by Saudi Arabia and the UAE.”

Commenting on this statementsIn a statement, the Saudi Ministry of Foreign Affairs expressed its regret over the “insults included in these statements towards the Kingdom and the countries of the coalition to support legitimacy in Yemen.”

The ministry considered these statements “a clear bias towards the terrorist Houthi militia that threatens the security and stability of the region.”

She stressed that these statements contradict the simplest political norms and are inconsistent with the historical relations between the two brotherly peoples.

Well, announced Kuwaiti Ministry of Foreign Affairs Summoning the Lebanese Chargé d’Affairs, Hadi Hashem, and handing him an official protest note that includes Kuwait’s rejection of Qardahi’s statement, considering them “false accusations and a departure from the official position of the Lebanese government.”

Earlier today, he said Qardahi During his participation in the National Media Council meeting, he said, “It is not permissible for there to be someone who dictates to us what to do, whether a minister remains in the government or not,” stressing that “one of the ministers asked him to resign.”

He added, “I am part of an integrated government and I cannot take a decision on my own, even though I am not aspiring to positions and put Lebanon’s interest above all interests.”

Since March 2015, Saudi Arabia has been leading a military coalition of Arab and Islamic countries, in support of the internationally recognized Yemeni government, in its quest to restore the capital, Sanaa, and large areas in Yemen, which were seized by the Ansar Allah group in late 2014.

On the other hand, the “Ansar Allah” group carries out attacks with drones, ballistic missiles, and booby-trapped boats targeting Saudi and Yemeni forces inside Yemen and the Kingdom’s territories.

These were the details of the news After summoning the Lebanese ambassador to it… Qirdahi sends a message... for this day. We hope that we have succeeded by giving you the full details and information. To follow all our news, you can subscribe to the alerts system or to one of our different systems to provide you with all that is new.