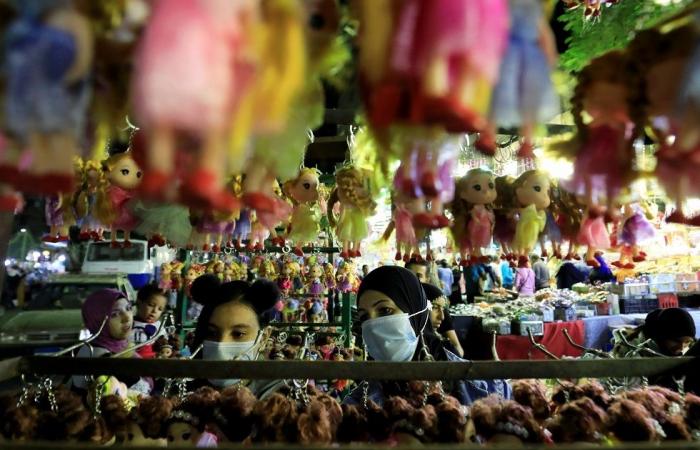 The pioneers of social networking sites shared a video of a famous store in the Haram area that sells women’s clothes, the owner of which created a hole in the dressing room to photograph naked women.

One of the eyewitnesses told “Cairo 24” that the owner of the famous clothing store photographed many girls in this way, taking advantage of the hole he made in the dress rehearsal.

She added that a month ago a girl screamed in front of the shop, and when the people gathered, the shop owner came out and denied any problems, but today a girl was surprised when she entered the changing room, when a young man entered a place next to the room she entered.

She added that she was suspicious and moved the curtain, and found the young man holding his phone and filming it from a hole he made in the changing room.

The witness added that the girl screamed and pleaded for help to the people who helped her in calling for help, and a report was drawn up against the accused.

She reported that the young man had more than 900 nude photos, and the owner of the publication appealed to all the women who went to the shop to go to the police station, and file a report against the shop owner. And the security services of the Haram Police Department arrested the accused, and a report was issued regarding the incident, and the necessary legal measures are being taken.

These were the details of the news 900 nude photos .. The arrest of a famous shop owner... for this day. We hope that we have succeeded by giving you the full details and information. To follow all our news, you can subscribe to the alerts system or to one of our different systems to provide you with all that is new.