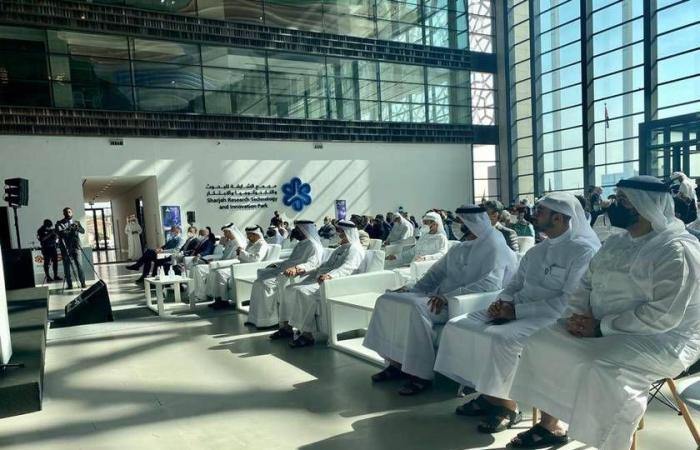 Sharjah: «Gulf»
The second edition of the Middle East Innovation and Technology Transfer Summit was launched yesterday, Wednesday, at the Sharjah Research, Technology and Innovation Complex, in the presence of Sheikh Fahim bin Sultan Al Qasimi, Head of the Department of Government Relations in Sharjah, Dr. Thani bin Ahmed Al Zeyoudi, Minister of State for Foreign Trade, and a number of heads of state. Directors of government departments and a large number of participants including scientists, thinkers and investors reviewed the role of the fourth industrial revolution and emerging technology in a number of fields, including robotics, artificial intelligence, nanotechnology, quantum computing, biotechnology, the Internet of Things (IoT), and 3D printing, and autonomous vehicles.

Dr. Thani bin Ahmed Al Zeyoudi, Minister of State for Foreign Trade, delivered a speech in which he stressed the importance of holding this summit to promote innovation and technology transfer, and Omar Sultan Al Olama, Minister of State for Artificial Intelligence, Digital Economy and Remote Work Applications, delivered a speech in which he addressed the summit via video, in which he spoke about the transfer of knowledge and the importance of Transfer of technology and work applications in their vocabulary. Dr. Manahil Thabet, President of the Forum for Sustainable Development, also participated in the first session of the summit, stressing that Sharjah has always called for the consolidation of knowledge transfer.

Sharjah is the capital of innovation

Hussain Al Mahmoudi, CEO of the Sharjah Research, Technology and Innovation Complex, delivered a speech in which he stressed that the summit is an embodiment of the vision of His Highness Sheikh Dr. Sultan bin Muhammad Al Qasimi, Member of the Supreme Council and Ruler of Sharjah, to make Sharjah the capital of innovation and knowledge.

Al Mahmoudi added: “This summit is in line with the forward-looking vision for the future advocated and encouraged by His Highness the Ruler of Sharjah,” adding that the Middle East has become the world’s fastest growing market in business and technology transformation.

The summit called for building a clear mechanism for intellectual property in the country that supports the trends of the private sector and entrepreneurs. The summit also recommended the adoption of a special fund to support research and enhance Sharjah’s position as the capital of research and knowledge in the region. The summit discussed the patterns of technology transfer in the Middle East and North Africa, its opportunities and challenges, how to achieve the set goals, and how it can contribute to the region’s economic growth and long-term stability.

The number of companies hosted by the “Sharjah Research, Technology and Innovation Complex” exceeds 450 companies from the UAE and the region working in many technical, innovative and research fields, which contribute to supporting the knowledge economy of the emirate, in addition to developing and localizing technologies locally and preparing local human cadres for the labor market in many sectors.

Hussain Al Mahmoudi, CEO of the Sharjah Research, Technology and Innovation Complex, told Al Khaleej: The complex seeks to attract new companies that represent an addition to Sharjah and its research and technical community for the future. Al Mahmoudi added that the complex has completed many new technical projects in the fields of transportation, such as the “suspended train” and 3D printing of homes, in the field of developing robots and drones, and other fields that will be used commercially soon.

He explained that the complex cooperates with many state universities, led by the University of Sharjah, with regard to research and innovation, which contributes to directing business sectors towards new innovative and developmental areas, and through the use of laboratories in the complex, which are among the best and largest in the region.

These were the details of the news “Middle East Innovation” calls for a clear mechanism for intellectual property for this day. We hope that we have succeeded by giving you the full details and information. To follow all our news, you can subscribe to the alerts system or to one of our different systems to provide you with all that is new.